The thing about showing my travel images early on was there were so many stories to tell with each image that the time required to tell them was time consuming. And while you're on travel from location to location you're just hoping to collect it all. And the significance of why an image is important to you tends to get overlooked. But these two images stand out for me of the city in Japan that I got to visit to see first hand what the devastation

When we were driven through the streets of Onagawa, they had cleared most of the building and debris from the roads. But as we stood on the hill were the hospital stood which was already about 20 feet above the street below, we were shown this three story concrete building. At first it did not register to me that the toppled building I was looking at was on its side. The green side that I was seeing was actually it's ceiling and the escape ladder was what was on the side. The force of the tsunami had completely tipped that building like a kid tipping over a tall lego block. The water had risen over 10 feet above parking lot of the hospital I was standing to reach the first floors of the hospital. I was glad to have the image of the people in the car down next to the building and the orange stands really give you a cue the size of the building. The square concrete rubble squares are the outline of the footprint of where buildings once stood. If you imagined how many buildings were completely destroyed. 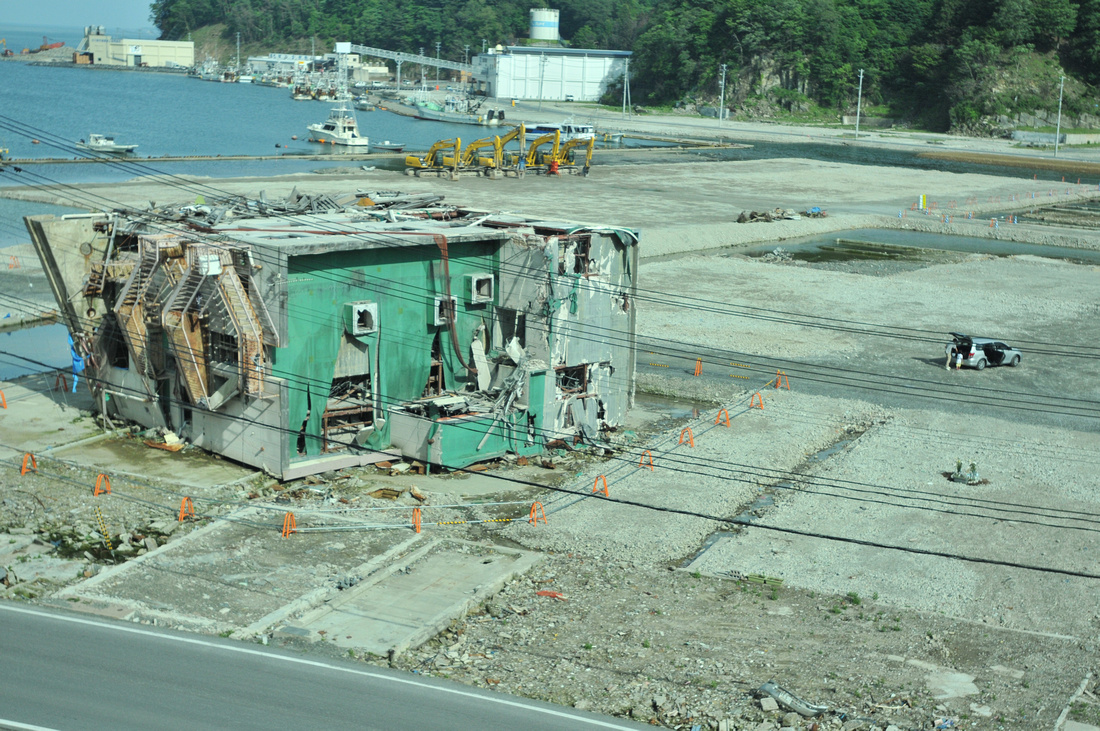 the green building is tipped over on its side

I have a fascination and affinity with reflections and shadows. This image was taken because we were visitors and tourists - our time there is as temporal as the the shadows we cast. I like taking images of our likeness without directly taking a direct image. I love the various stances that is captured in the image, from the shadow in the upper left leaning on the rails. And all of us with our cameras taking a picture. And if I picked it out correctly I totally recognize on of my friend just by his height. I think I'm the one just right of the vertical divide in the center (process of elimination based on size ;). 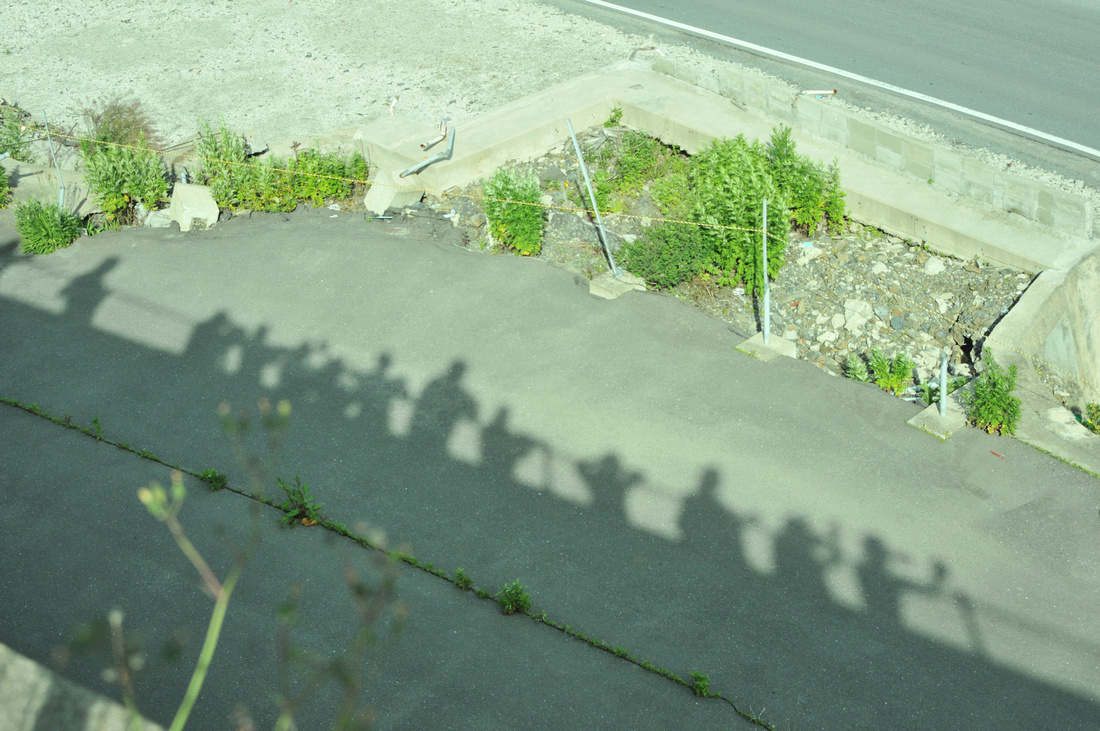 As volunteers every morning we were bused to the home that we were mudding out and we would pass by this huge red water tank with a whale meat ad on it. It was crushed like a soda can tossed on the side of the road by the forces of the tsunami which had pushed this water tower blocks from where it once stood. To the locals it started to be a memorial of the children who had perished, yet at the same time it was a painful icon. So a day or two before I left, without any fanfare they had removed the huge red whale water tower. Even though I initially felt that it was so touristy and insensitive to gawk at the water tower from the car, for me it had turned into an iconic documentary image after hearing the news of its removal. 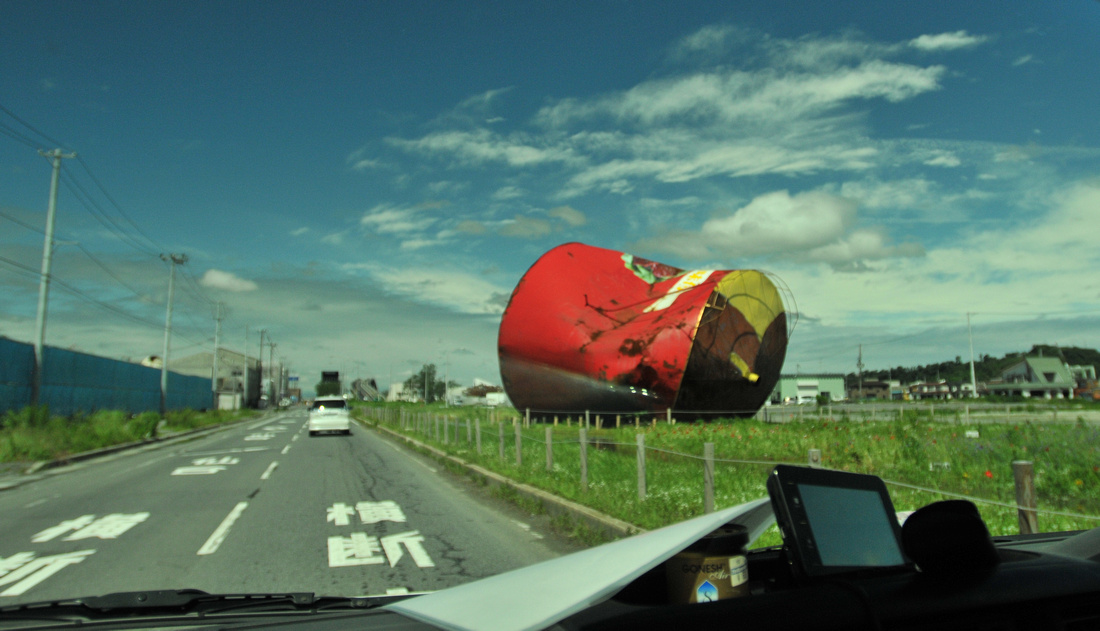