In one of my previous posts, I shared about the kids at play - Kids Program. Fun is the universal language of kids and I can almost recognize the game they were playing. However, the first image below is one that really stood out for me. It was one of the youth carrying a pot for the afternoon meal. He had came early so he was turned around to head back until it was the right time. Usually it's the adults in the neighborhood lining up early, so this is why it caught my attention. And it wasn't just one serving that he is going for himself, but that he brought a pot which meant to me he was fetching it for his family. It's that stage in a young kids life when you can tell they are responsible and thoughtful for others. And the gesture of putting on the back of his neck like this also has a very carefreeness about his attitude. 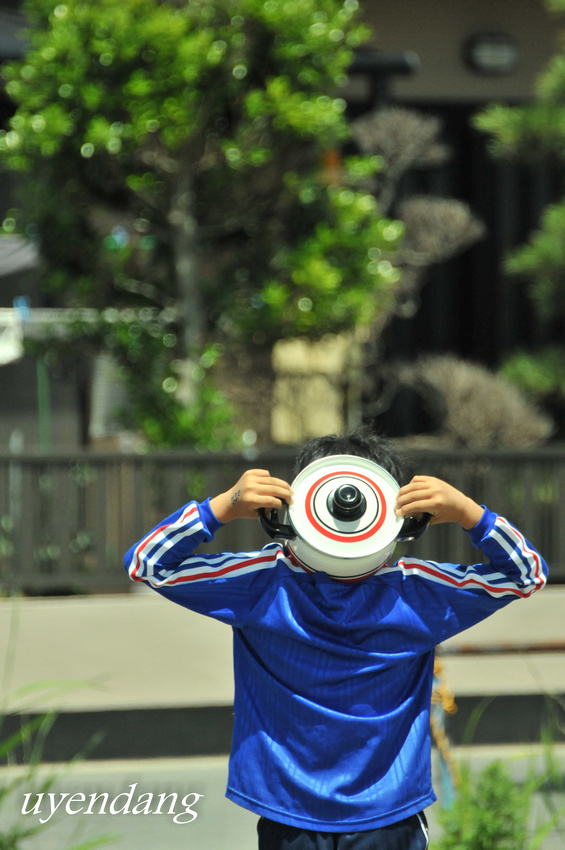 The second image was taken when I got to just walk around the grounds of a shrine in Kyoto. As I was composing the shot of the shrine, I noticed these group of students turning the corner. Usually I would have waited until they passed me to take the shot. But this time I waited for that perfect moment that all of them to walk right in front of the shrine each youth absorbed in their own thing. Glad I patiently waited for the moment to happen. 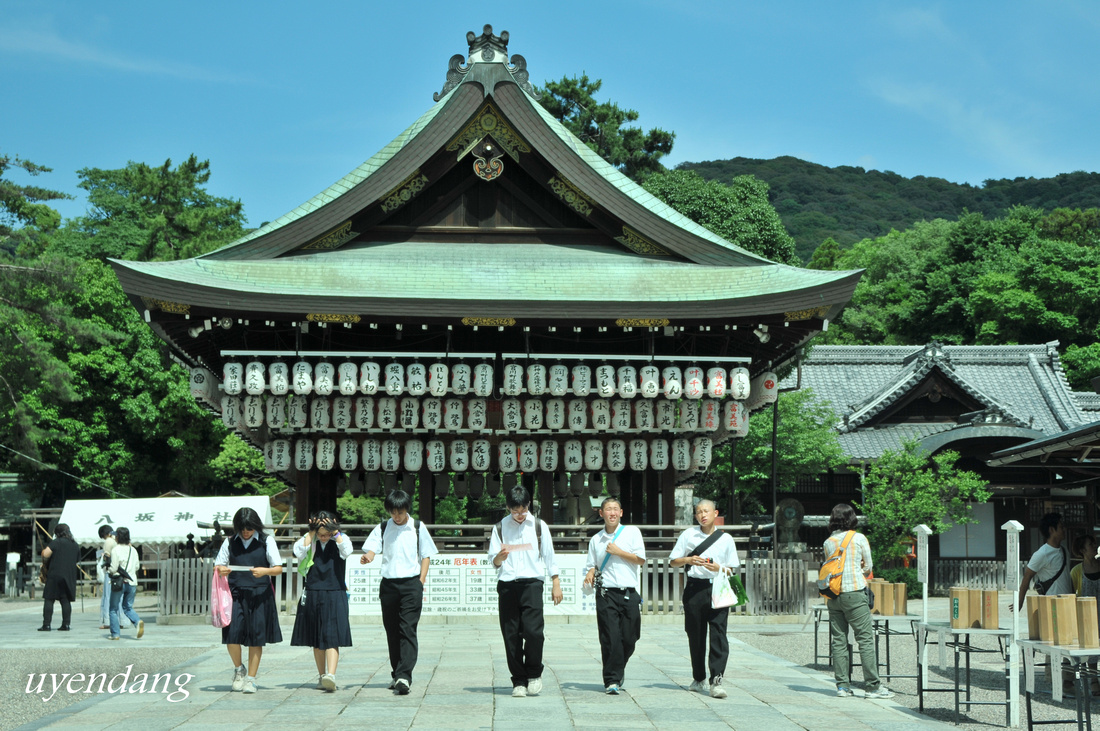 school kids at the shrine in Kyoto