Nature is so dynamic, especially the wind and waves. Finding a way to convey the movement and power in a still photograph that we experience in real life is one of those challenges as a nature photographer. These two examples were how I attempted to capture a piece of the natures dynamics.

In Ishinomaki, our friends took us to the bay. Most of the debris had been cleared, but the affect of the tsunamai's powerful sweeping devastation was present. Not having any context of what used to be there other than the street roads and concrete foundation outlines, I noticed how I peaceful the sea felt to me on the beautiful blue skied day. I can't imagine how the seas can turn so wrathfully decimating on the bay town. I had to make several attempts to time the crashing waves over the concrete breakers to show the sprays over the barriers. 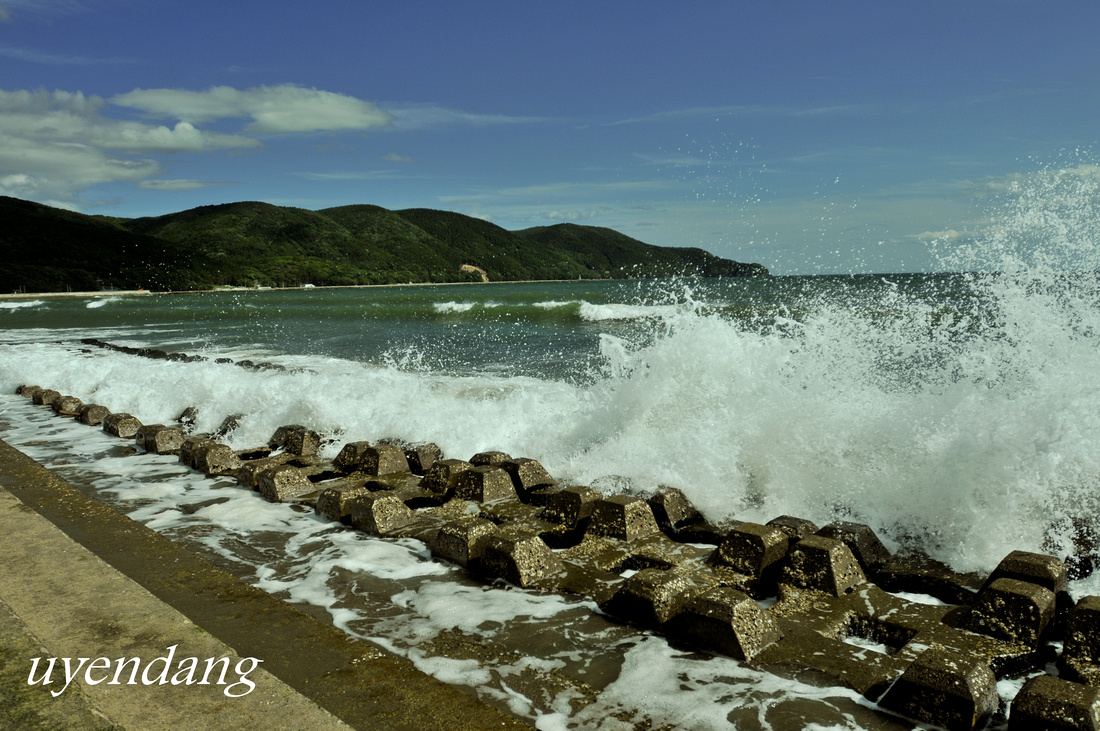 Another way I was able to capture the evidence of the tsunami's forces not only was seen in the devastation. But how it permanently pushed over the trees along the shore. All the trees in this image is leaning away from the sea due to the waves that day. I remember this happening to my state years ago when hurricane Hugo swept through South Carolina. They showed aerial views of the toppled trees that looked like a pile of match sticks. 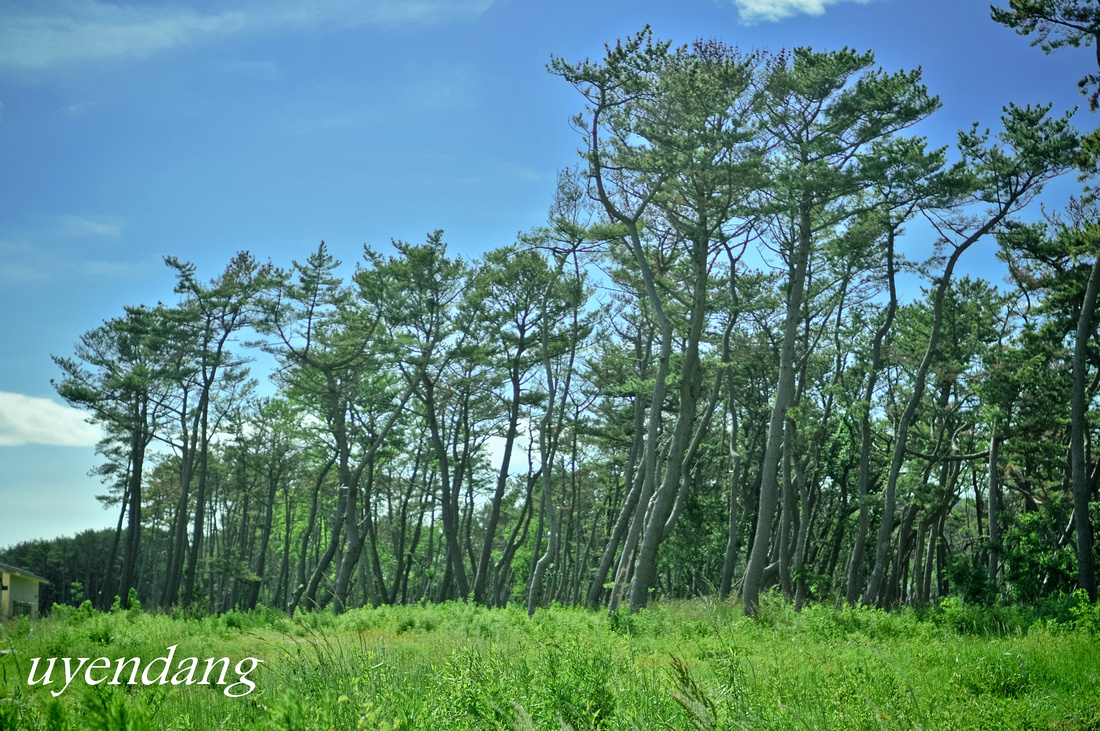