Ever since I had left Grace Mission Tohoku it has been a whirlwind of traveling. I spent a quick two days in Kyoto, summited Mt Fuji and have flown down to Cairns, Australia! All the transit from place to place as well as being sore from the climb I was completely wiped out I had slept a full day when I reached my destination in Cairns. So today I hope to be able to post my highlights of the past weeks travels in Japan and elaborate more on my hike up Fuji-san.

In my planning for my trip I had to narrow down my sightseeing selection to my top three choices of most see places. And in Kyoto, I was interested in seeing the Inari shrines. My day commenced with a bike ride to the shrine which was only a ten minutes ride from my hotel. I must say that it is even ackward for me to bike on the left side of the street. 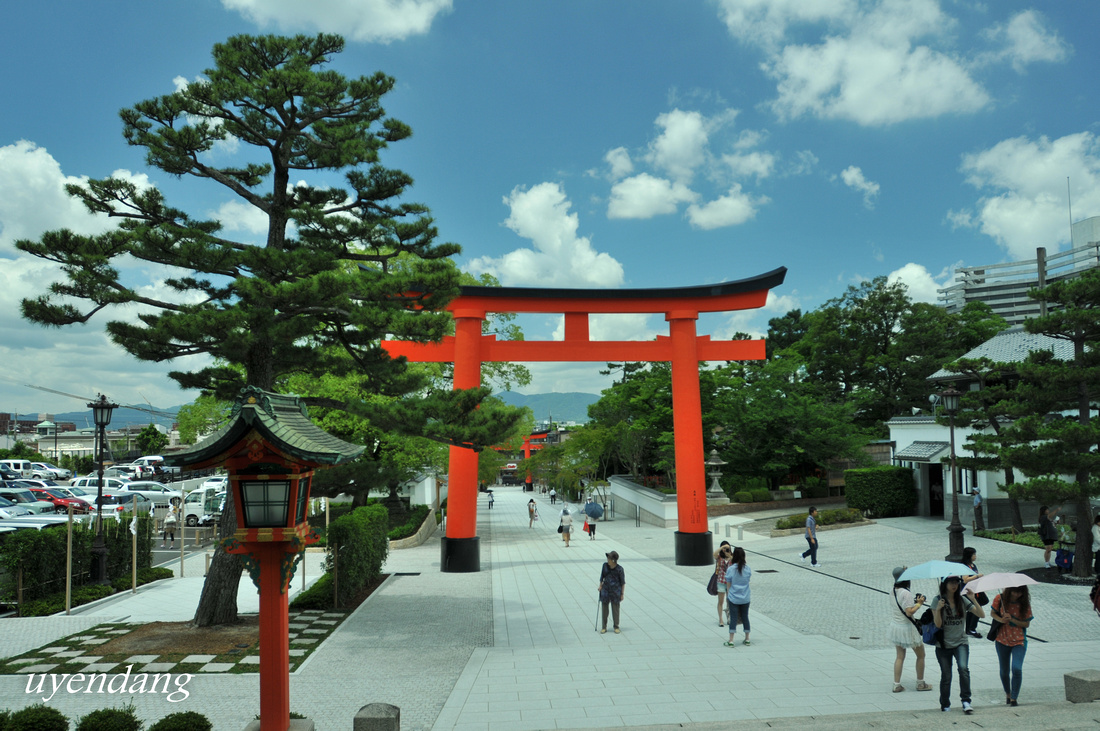 As a photographer I was most fascinated by the thousand of repeating torii's stacked against one another to build the pathes that lead up the mountain. 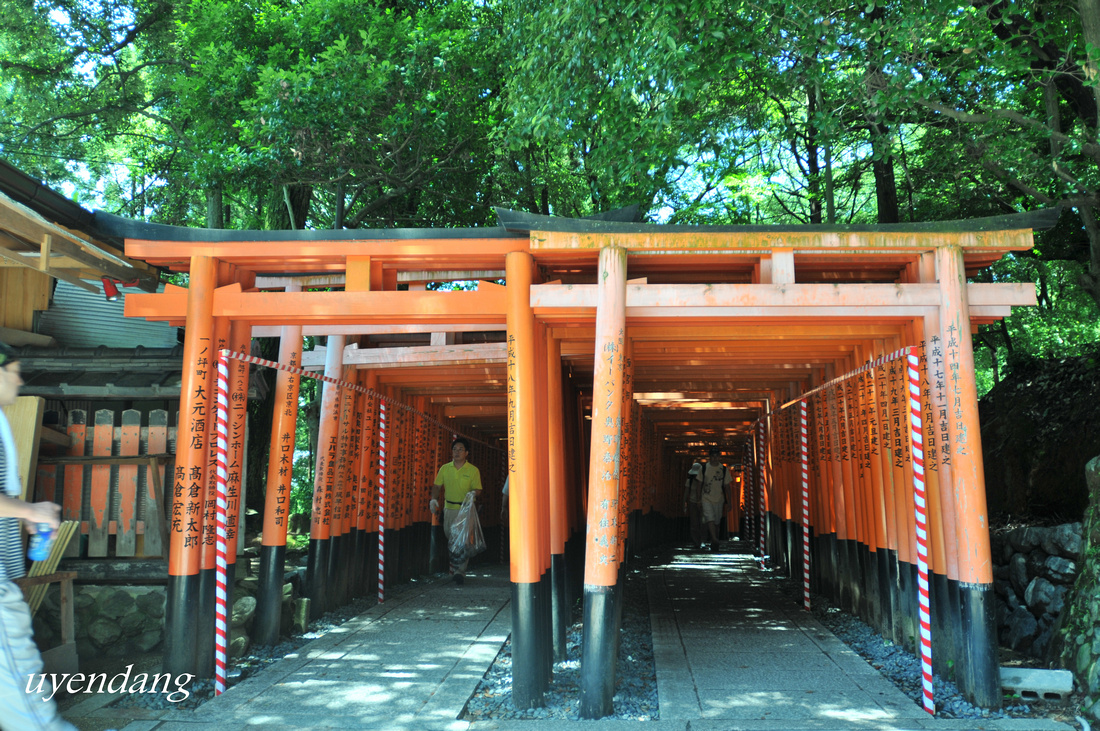 This ancient shrine existed before the capital was moved to Kyoto, and the shrines were dedicated to  Inari, the Shinto god of rice. And around the grounds there are fox satutes which are thought to be Inari's messengers, resulting in many fox statues across the shrine grounds. At one of the temples, there were a number of big bells attatched to the ceiling where people will clap once, ring the bell, and pray while there were these women who were singing some chants in the side temple. 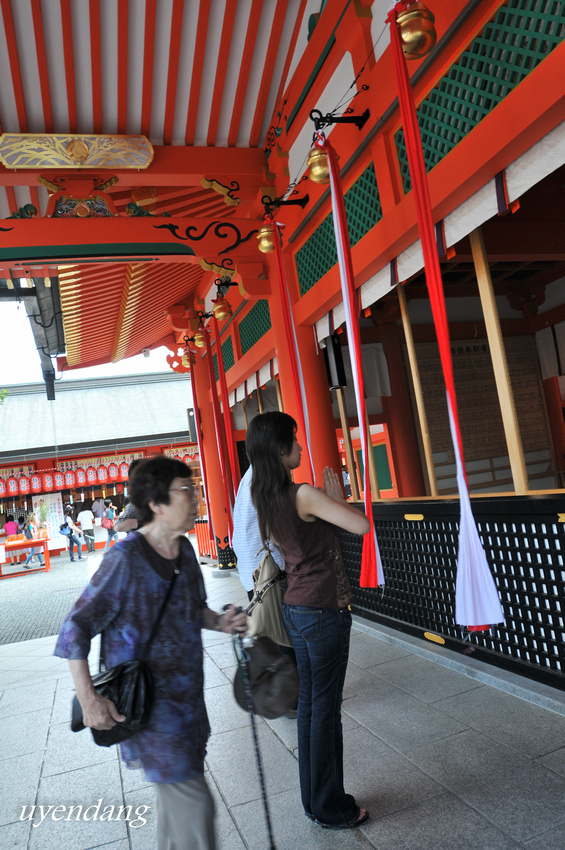 My visit in Kyoto was to the Gion district, where I wanted to see more of the traditional style Japanese buildings. Since this was a bit further from my hotel I choice to take the bus there. When I got off the bus stop for Gion, I caught my only glimpse of a geisha in a taxi at the light. Here I got to explore the back streets of the traditional style buildings with the wooden facades. 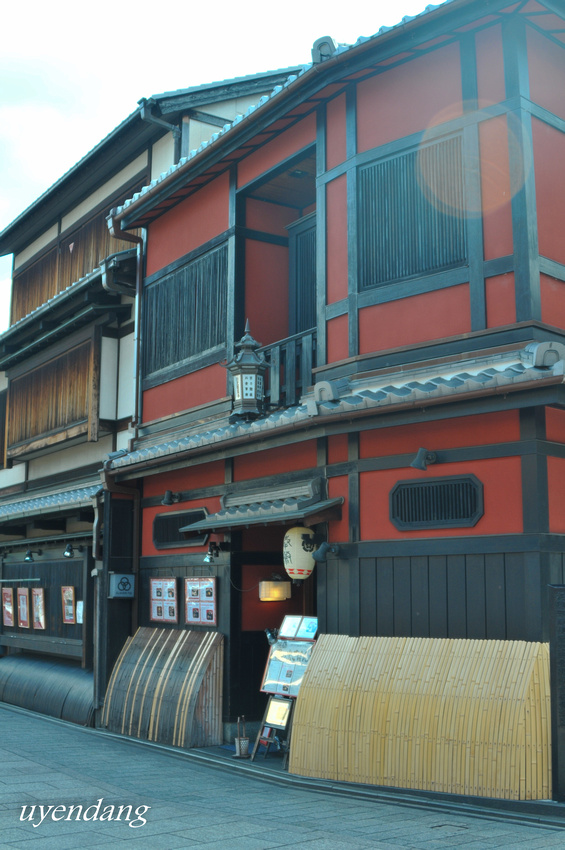 Later I strolled towards the Teramachi Street with all its shopping. It was fascinating to see the juxatoposition of the traditional and modern in one city. 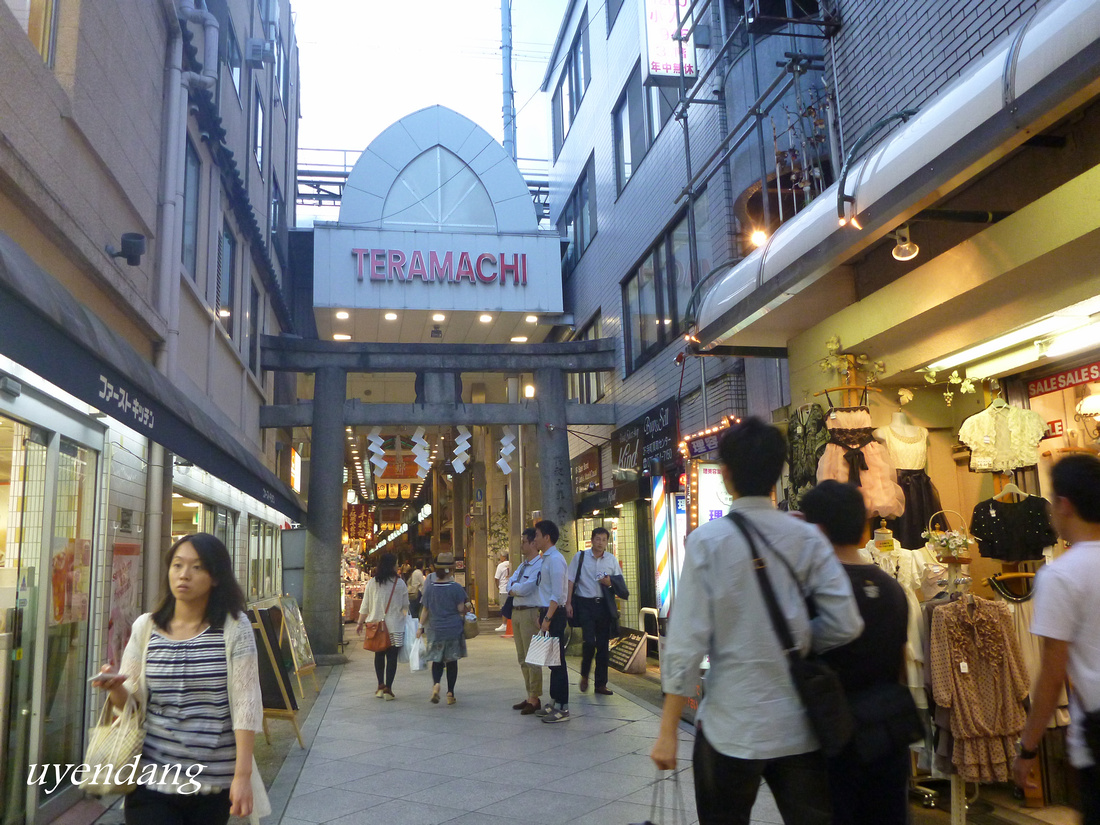 The other pics of my day in Kyoto are found here. 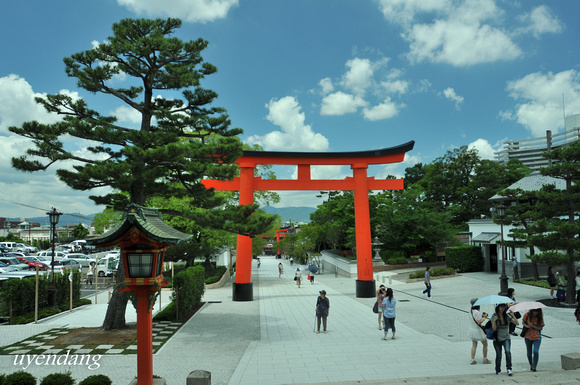