My original plans for visiting New Zealand was shorten so that I can return back to South Carolina for a family reunion for a cousins bridal shower. So my brief time in Wellington gave me a nice breather from my travels in Australia. Since it was winter there, my first few days were a bit chilly and wet with rain and my only option for my first day there was to visit Te Papa. 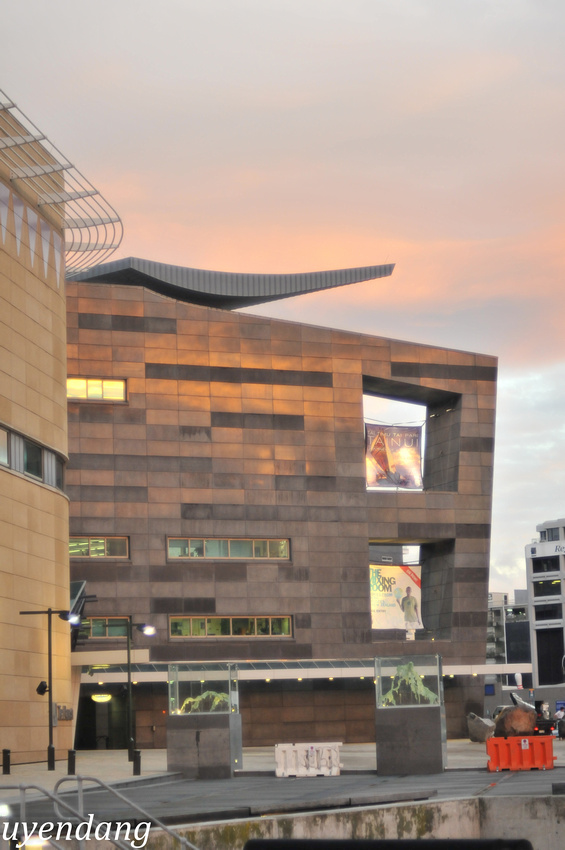 If you ever visit Wellington, the Te Papa museum is worth the visit which features the cultural history of New Zealand but especially the Maori people. It was enjoyable to see how they incorporated interactive exhibits and love they way they woven the stories of the people through history and its cultural impacts and influences. 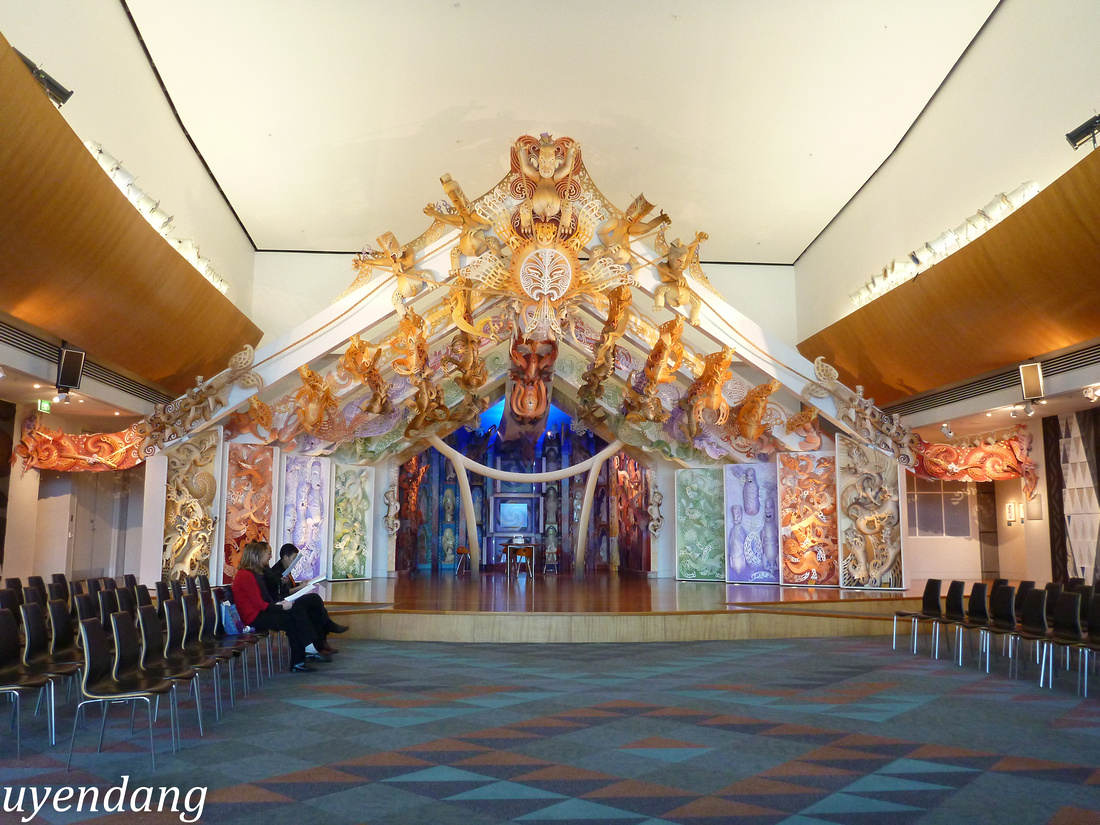 And the best part it was free, but it is well worth providing donations. The nice surprise of the day was being able to overhear a group of Maori singers practicing in one of the exhibit halls and being able to sand down a green stone with little river peebles. Even though my walk to Te Papa was drenching wet, my walk home was painted with a fiery orange glow over the edges of the hills and clouds. 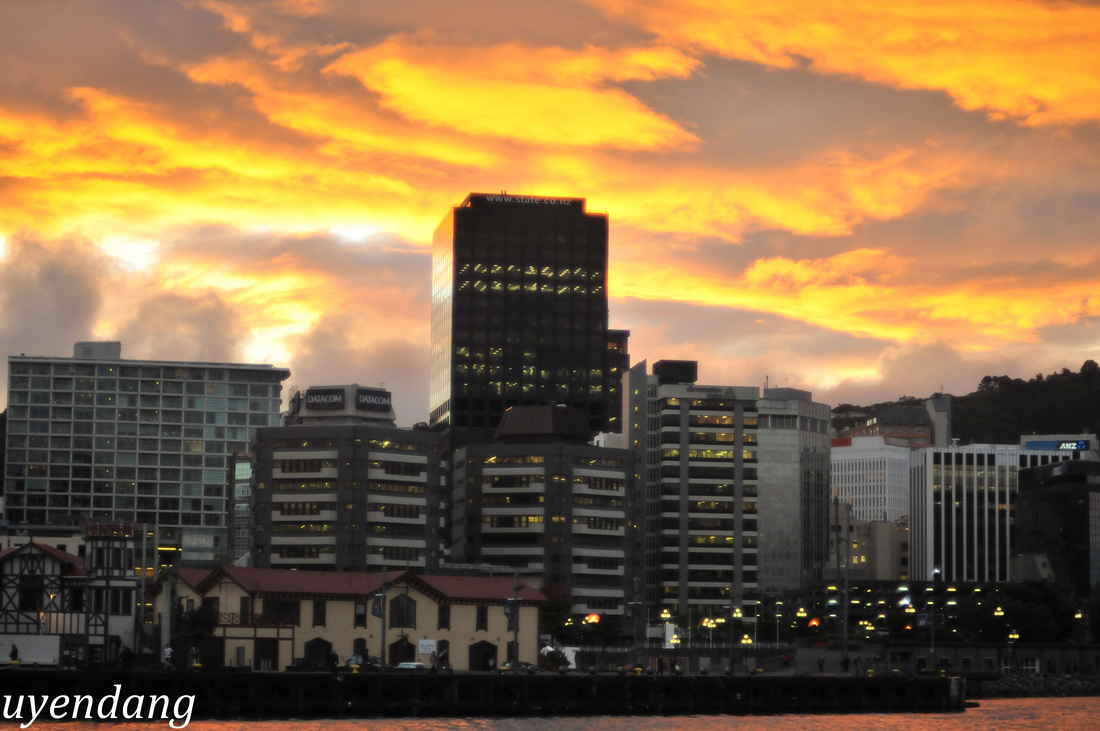 However, it never fails that God just blessed me with phenomenal weather on the last day I was there. One of the value deals of my trip there was the Hop-on-Hop-Off tour van which led you around the city in multiple stops where you can choose to spend anytime at any given location. This is nice since I had not rented a car and there were some locations that were a little out of my walking radius. The first stop was a scenic overlook of Mount Victoria Peak, where there's even a memorial to Admiral Byrd who flew over the South Pole. 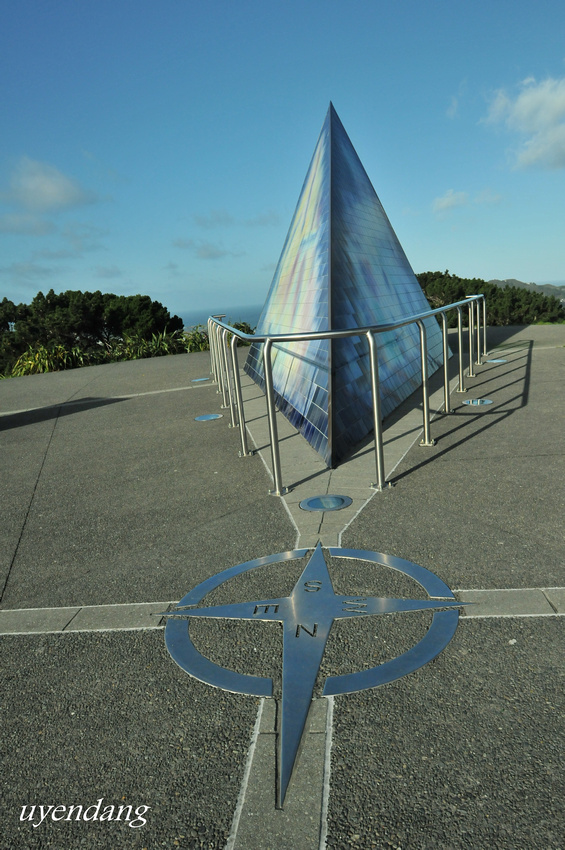 New Zealand is increasingly synonymous with Peter Jackson's filming of the Lord of the Rings. Of course I was curious to take a little look see at their production company WETA. So glad to see that it is not a huge glammed up tourist theme park like what you may see in Hollywood. Love that it has its humble beginnings feel to it. It is just a small storefront type of place where you can find collectibles of movies they had produced. And you are able to view a short video about the production company's origins.

The next stop on my tour was a quick ride on the Wellington Cable Car and a stroll through its botanical gardens. There was only another senior couple on the tour with me so this was where I got to chat with them more. 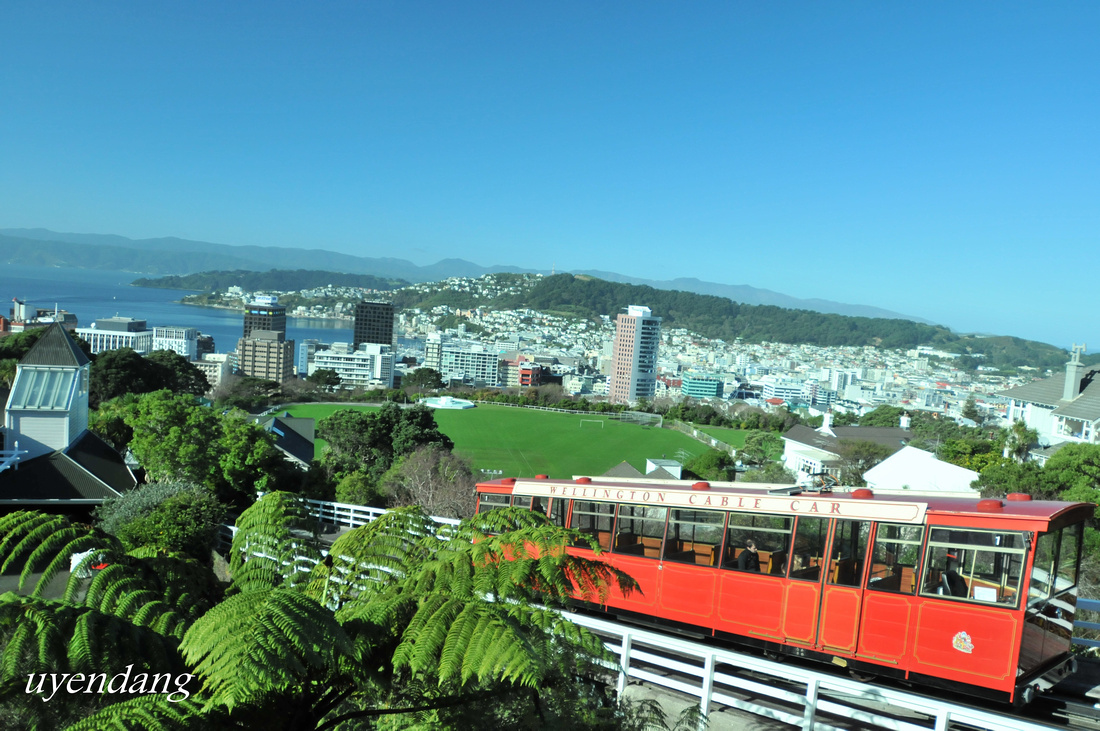 The wife was receiving an award for her quilting work that she and other ladies did for women's prisons. I love hearing peoples stories and what their life and journeys are. They were interested in the Old Saint Paul's chapel in the city too, which wasn't on my list of stop-offs but it was quaint and had such beautiful stain glass. I like smaller churches like these that aren't as intimidating or overwhelmingly dark. 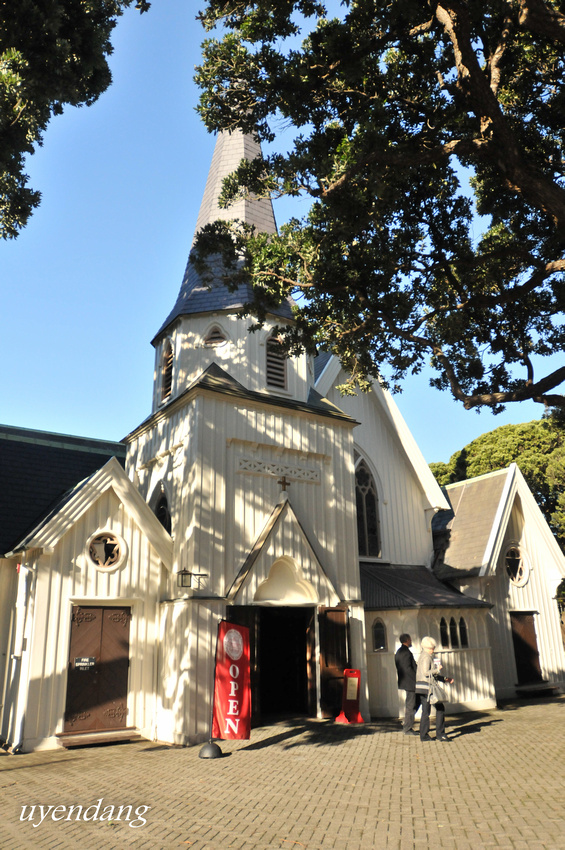 My last stop was at the Museum of Wellington City & Sea which was nice to get a sense of the city's development. But what caught my eye right outside of this museum was a gleaming red helicopter. And I had always wanted to ride in a helicopter, so I curiously searched for the rental window to ask if they had any open flights the rest of the day. To my luck, there was one in 30 minutes, and they had room for me -- score! 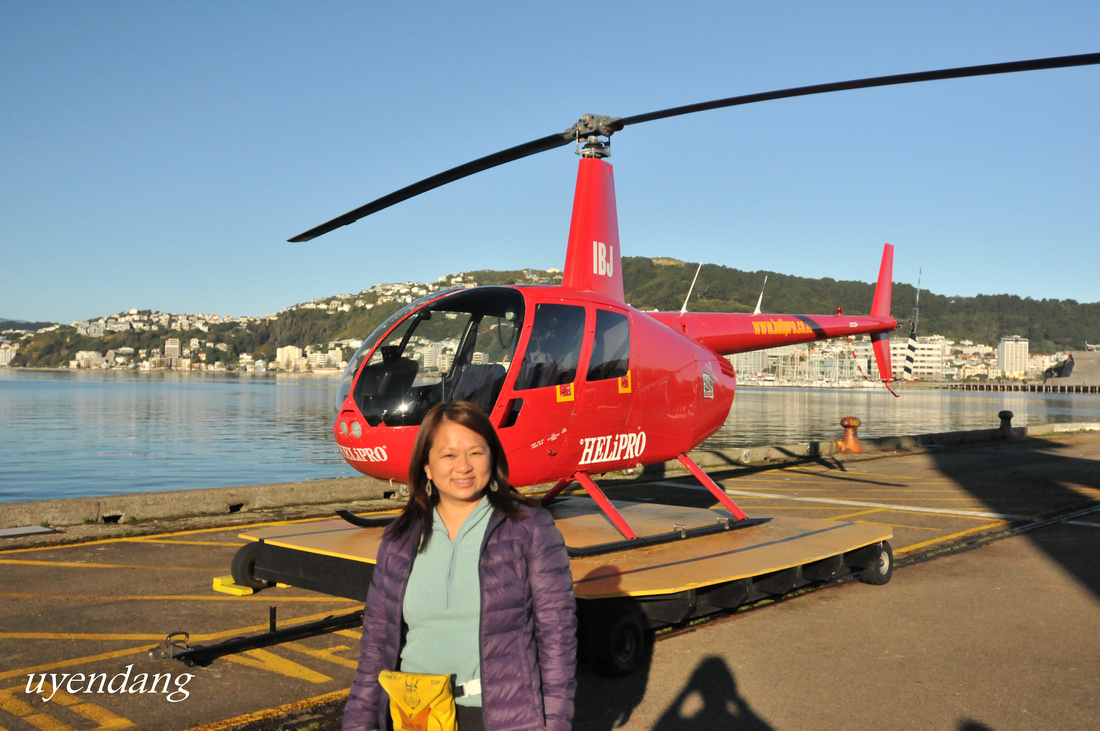 I didn't care that the flight would only be about 15 minutes of airtime, but it was the best experience of my time in New Zealand. I thought that the 360 degree view from Mount Victoria's Peak was great - this was simply thrilling. So be able to fly over the city and see the ridge and fault lines. As well as see the windmills on top of the mountains. I was giddy as a little girl in a candy store.

Sunsets are simply beautiful in this part of the country for some reason. And that evening as I walked back to the place I was staying. Though not as dramatic as the day before I had the chance to get beautiful shots of the boats in the harbor in the still waters. 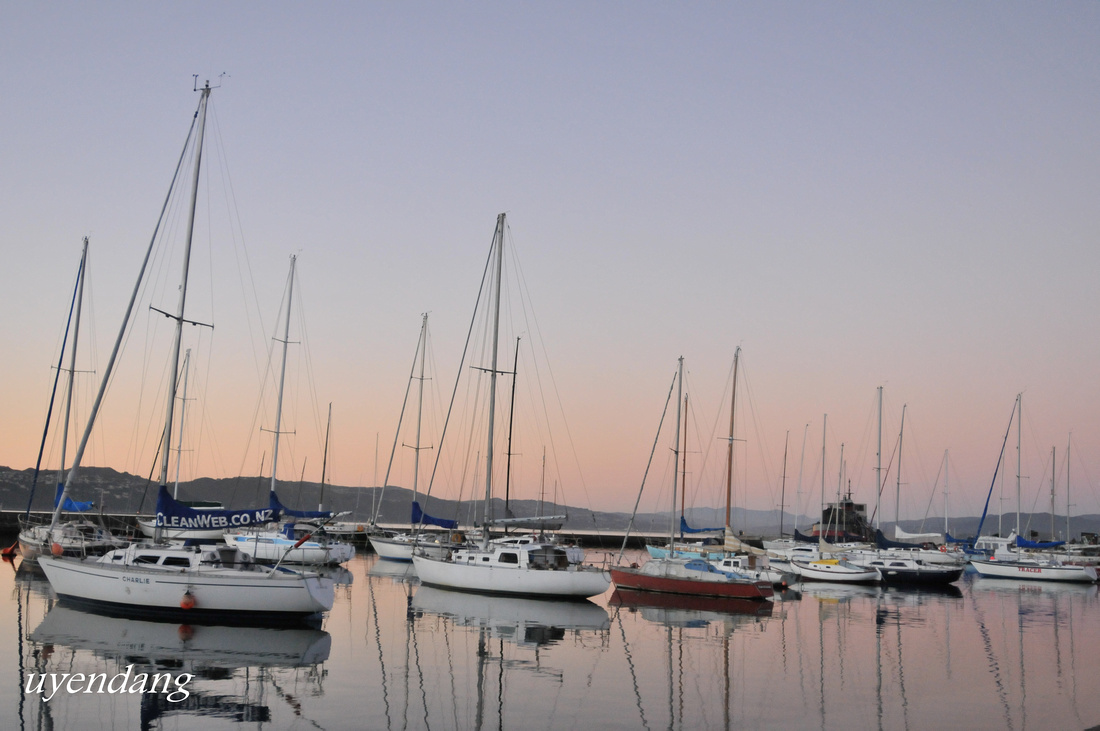 But my most memorable moment of New Zealand actually came as I left it. My flight back to was super early right before sunrise, and normally I have been assigned aisle seats. This morning I got a window view, and as I was settling in to take a quick nap I look over my shoulder to see the most stunningly surreal sunrise ever. At the edge of darkness pierced this intense orange and blue glow. And you can barely make out the mountain top over the clouds while the stars twinkling deep in the heavenly sky. Certainly my most memorable sunrise. 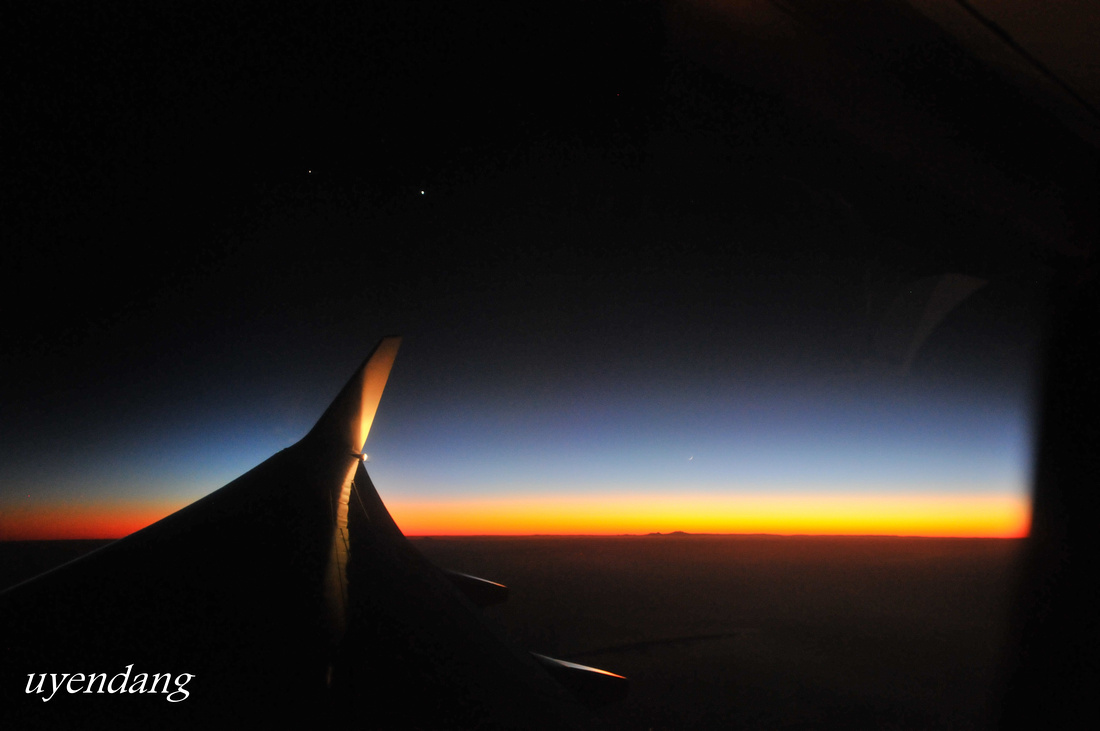