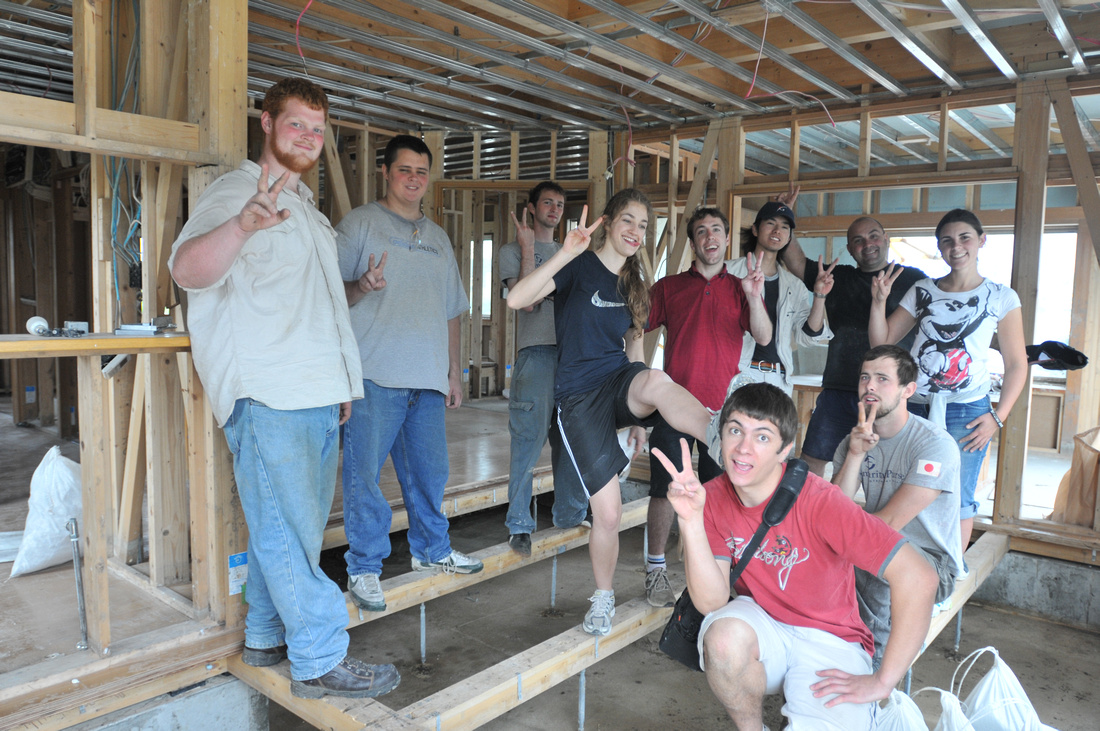 There are tons of homes in Ishinomaki that still need to be gutted and cleand out, this process is called "mudout." Initially I did not understand why it was called mudout because the home that we were working in already had much of the debris removed. And while we were there we had to take out drywall, installation, removing nails and screws. It wasn't until yesterday that my ah-ha moment happened when the team pulled out the floor to reveal the mud that had settled underneath the floor boards.

Each day our teams would don on face masks, gloves and goggles to demolish the water damaged homes. Although it was incrediblely dusty, sometimes hot, and tiring, it was a 100 times more rewarding knowing that we get to do for these families what they can not do for themselves. Every time I looked at a pile of busted up drywall I could not imagine having to do this process for myself if I was the home owner. As I was working in the home I felt that it was far easier to do this type of work for another than if I were to have to do this for myself.

The home that we were working on belonged to a woman with two teenagers. And we initally suspected that someone in the home may have had a disability because of the ramp along the house to the front door.

Home where we had been mudding out

At the end of the street we were working on there was camoflaged home who are believers. This kind ladynamed Yoko who would stop by each day and give us refreshments. She also knew the homeowner and told us that the owner had not visited the home since the flood. And Yoko had been telling her that we were working on mudding the home.

On the last day that the South African team was working on the home due to the typhoon the home owner came to pay a visit at the urging of Yoko. Normally she would not be able to visit with her 14 yr old daugther, a special needs child, because the schools give kids the day off because of the tropical storm that night. Jessie from the SA team cheerfully greeted the owner and her dear child. As she was visiting the daughter in the car, the mother had asked Jessie to pray for her daughter. Jessie praying for the daughter of the home owner

After meeting the daughter my heart crumbed for them. Although I know that God's love for them extends to the great act of dying on the cross for us. Sometimes people in these circumstances need tangible examples of God's love.  God had sent people from all over the world to express His great love for them through the act of sweeping floors, drilling out screws, busting out kitchens, and the like so that this mother can start to rebuild her life. I was in tears because I could feel God's love for this mom and her children. And I had never ever felt more priveldged to I get to sweep the dirt from the floors then this moment. Yoko had mentioned to us that each day the mother is growing closer to understanding and accepting that love for her. It would be a glorious day when we get to hear news of that day.

Sadly, this morning we at the Grace Mission Tohoku base had to bid farewell to team from Stellenbosch, South Africa. They have been so delightful to serve with in the wholeness of joy. Besides the hard work mudding out the home, we shared a number of chaotic card playing nights under the gathering tent.  So grateful that they welcomed me to serve with their team for my first few days at GMT. 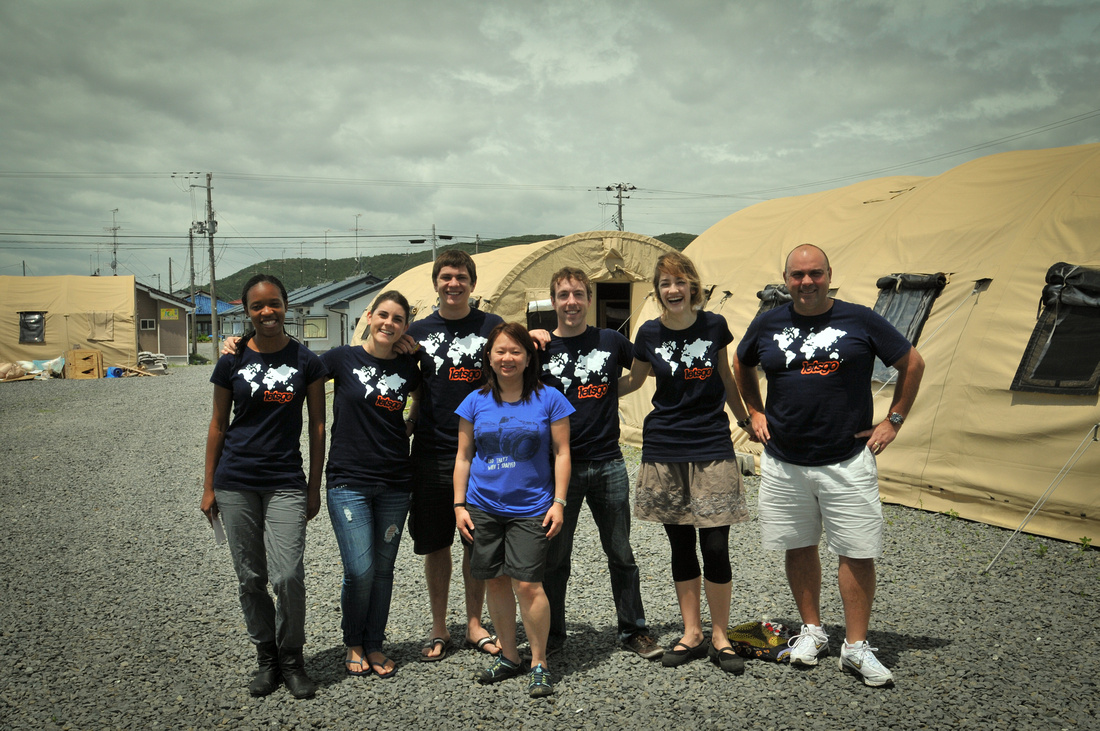 Me with the SA team