Plagued with cloudy weather on the morning of my departure my hopes of having a good time at the reef was questionable as Rachael dropped me off of the pier in the morning. My tour boat's itinerary was scheduled to take us out to the outter barrier Hastings reef and Michaelmas Cay. The skipper decided that the water was high at Hastings so we should go there first to have more time at Michaelmas Cay which will be calmer. We were also warned that the ride may be rough and at motion sickness tablets were strongly advised. 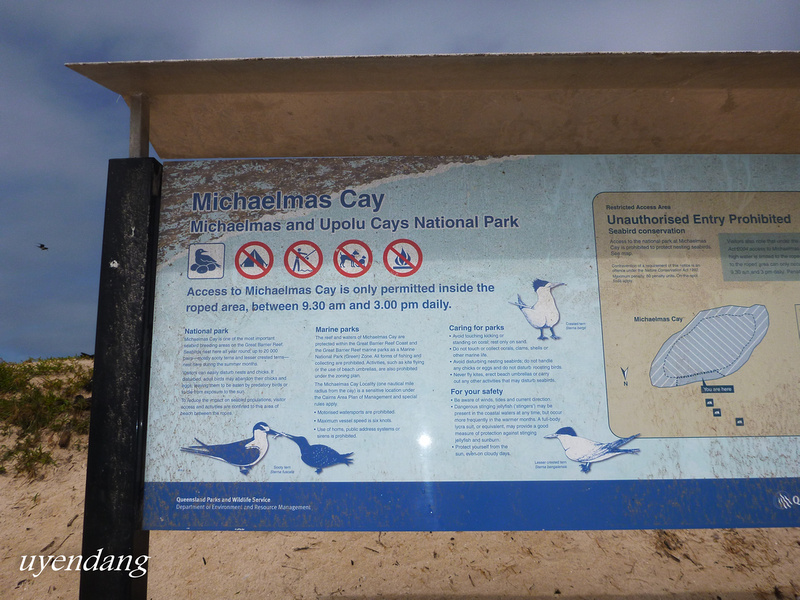 On our ship's way back to the reef, the skies began to clear, and I had a chance to chat with another American. Jessica was an architecture student from Georgia who was also on her way to New Zealand on scholarship. She too was checking out the Great Barrier Reef before she started school. When we got to Hastings reef the water was rough and it was so difficult to see anything and swimming around with snorkel gear. Leeping up with the guide was difficult, and hard to understand what I was seeing. But I enjoyed seeing all the fishes and corral all beneath me. The skipper decided to take us to the Cay early and I hoped that it would be calmer. 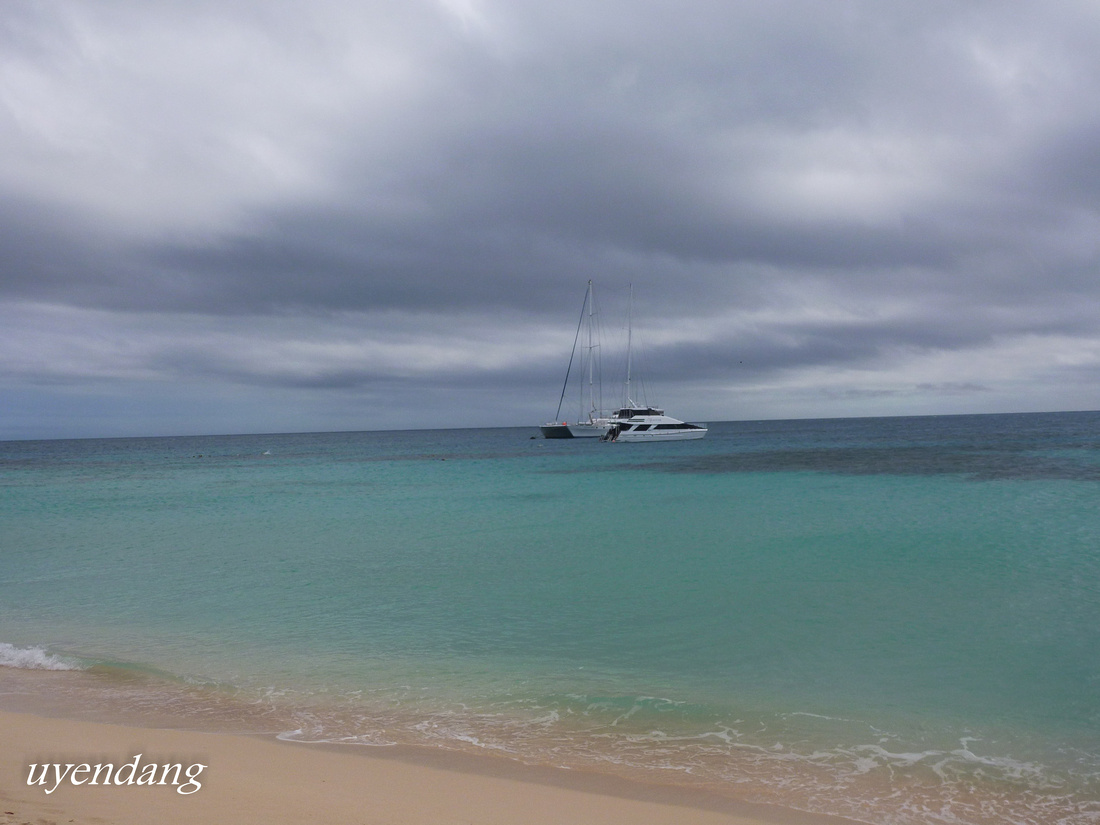 Our boat from the beach

After a nap and lunch we arrived at the Cay, and by that time the skies had cleared. And there's something to be said how the sight of land even if it was a small cay seemed so much more safer in the middle of the great barrier reef. While most people decided to take the snorkeling guided tour around the cay, I just wanted to sit on the beach. The skipper boated me over to the cay, and I just got to sit on the beach. It was such soft sands. After enjoying the beach, I snorkeled around the reef of the cay and swam to the boat. Even though we had more time at the cay, I just leisurely enjoyed the perfect weather as the clouds had cleared for us. 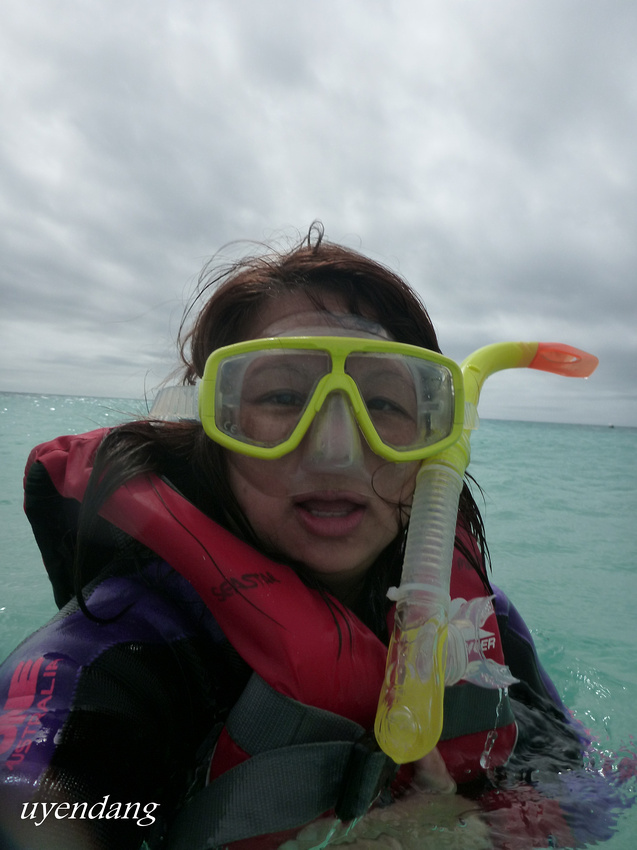 During our trip back to Cairns I had the chance to chat with the family with the three daughters. They were vacationing from Melbourne and were curious about my use of Airbnb that I was telling them about. They were also familiar with Samaritan's purse and other Christian organizations. Their eldest daughter also had just visited Vietnam on holiday recently. As we started back the rain came back, and the Vietnamese couple who were at the back of the boat kept getting splashed by the boat spray. And we had heard that a number of the guests at the bottom deck did not do well with the motion sickness. 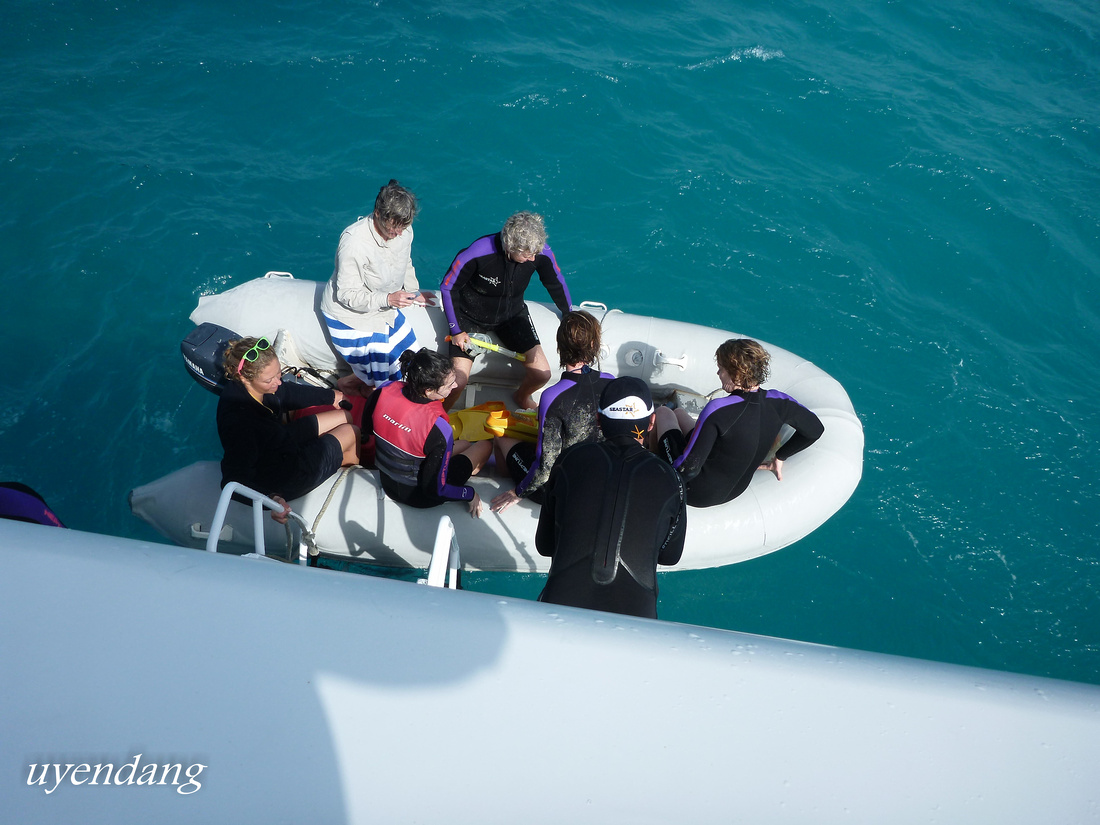 So getting to the pier was very welcomed and the skies were calm and clear. As I got off the pier this gave me the chance to stroll the Cairns Esplanade in the evening dusk.

I love that even though my day started as a rainy cloudy day it ended up in a beautiful sunset over Cairns. 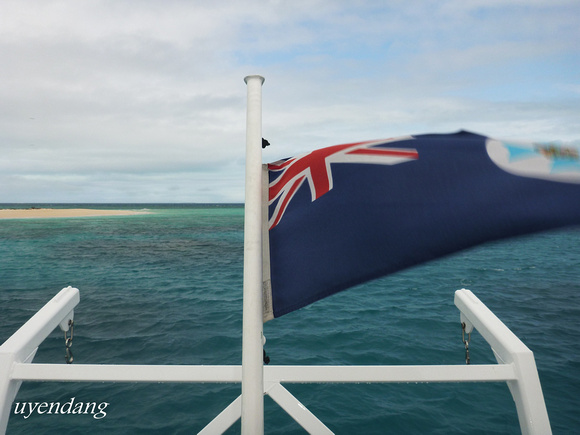