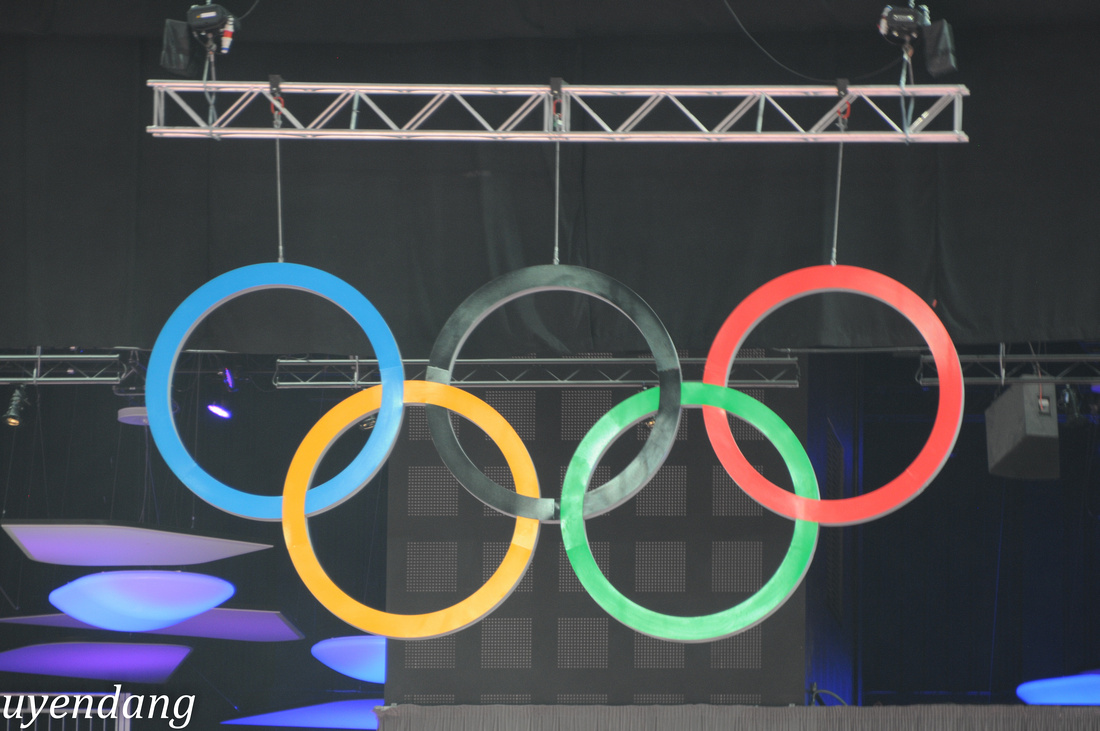 When I was young girl growing up in South Carolina, in the early years to America when there was only three channels to choose from, the winter and summer Olympics were such a sensation those sports filled years. I remember being glued to the tv to watch the endless dramatic stories about the athletes and fascination with the sports they were competing. The earliest athletes like Bruce Jenner, Dorthy Hamill, Peggy Flemming, or Nadia Comăneci exemplified determination, perserverence, poise and excellence. While who can't forget the 1980 Winter Olympics - USA Men's Hockey team's win over Russia - epic! And for my years as a youth, the 1984 Summer Olympics in LA, memories of Mohamed Ali as the torch barer.  The amazing team work of the women's and men's gymnastics teams. And every young girl wanted to be like the bubbly Mary Lou Retton. Who could forget the 1984 US Basketball Dream Team - Michael Jordan, Patrick Ewing, and Chris Mullin, the US will not ever see an assembly brilliant as the first pro-athlete basketball domination. All those early images and sounds of triumph and defeat left an early impression on me about the Olympics, what it symbolizes - the hard work, training, rising to the top, failing, winning, competing with and among the best, the cheers and support of nations, the pride of moms, loved ones, the honor of representing your country, the unity of the world in common ground setting aside political differences as athletes (not necessary countries), sheer elation of victory and crushing spirit of defeat. The pomp of opening ceremonies and closing ceremonies, the history of the games. Two weeks of intense drama and lasting inspiration!

I started to put the Olympics on my bucket list back after hearing it would be in Beijing. I even shared with one my friends whose parents lives in Beijing, they were more than excited to plan out my stay for me there. But as life would have it, that year was the busiest for me. I worked almost every holiday that calendar year. And at the end of the year, I saw how life passed me by and regreted how much I poured my life into the idol of work.

But through creative planning and grace of God's provision earlier in my life, I was able to do both. I get to come to the Olympics to be a spectator and though the little girl in me wishes I could be one of those star athletes, it is exciting to just be part of the entire event. To be able to cheer the athletes even when they weren't the USA. Being a fan is a symbotic relationship, you get to momentarily spur those athletes on to victory but we get to walk away with as much hope and inspiration for your own life.

For the opening ceremony, you can feel the energy of excitement as I got to watch the Opening Ceremony from Hyde Park. I barely missed seeing Duran Duran perform, only hearing them from over the fences as I walked to the gates. Just as the televised ceremonies began I was able to secure a great view in front of one of the screens in the park. For some reason I got choked up as the performance began. I can't imagine how athletes or parents of athletes feel if I were in their place at the Olympic Park. I honestly can't believe that I get to be in the country as the Olympics! It was a bonus to be around the British because I got insight to the inside references.

As for the games, I was able to purchase tickets for only two games - Men's Gymnastics and Women's Field Hockey.  The first games I got to see the men's gymnastics qualification round and luckily the USA was in the rotation. My seats had a good view of all the apparatus. What was inspiring out of these matches were to see the Mixed Groups, which are a compilation of individual competitors who did not have a full team such as Belgium, Israel or Mexico. The USA team placed well for the qualification round, I was so thrilled to have had at least one chance to cheer for our country. 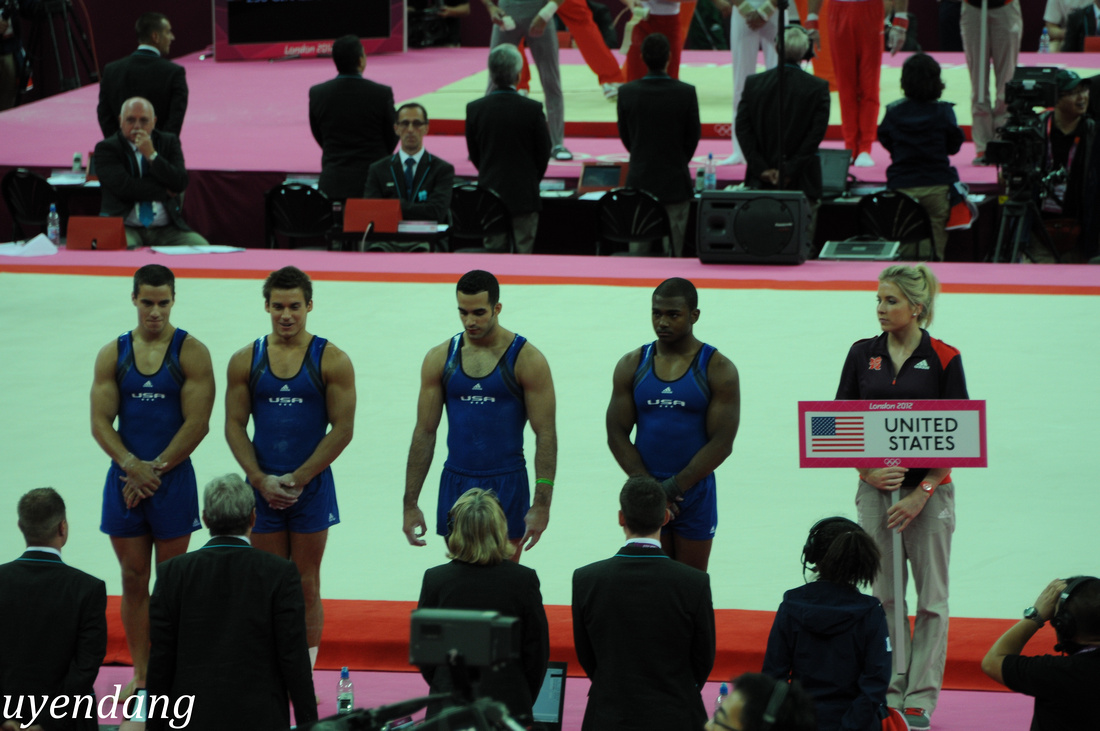 Sports photography is no simple task, so these by no means are spectacular but an assortment of the action from that day. 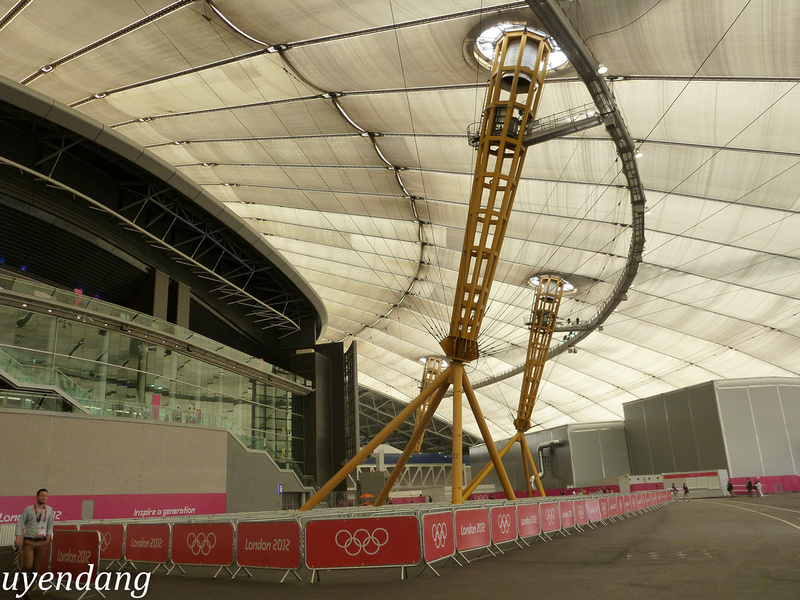 My second and last game was at the Olympic Park at the Riverside Arena to watch two matches - Belgium vs China and Great Britain vs South Korea. Since I had chosen field hockey because I was hoping to see a little more action. Prior to going to see these games, the crowds weren't so bad as I had expected nor did I feel overwhelmed when I roamed in the city that everyone was there for the Olympics. I surely felt it when I came to the Olympic Park. They had a number of big venues all located in the Olympic Park so I finally got excited when I got there. 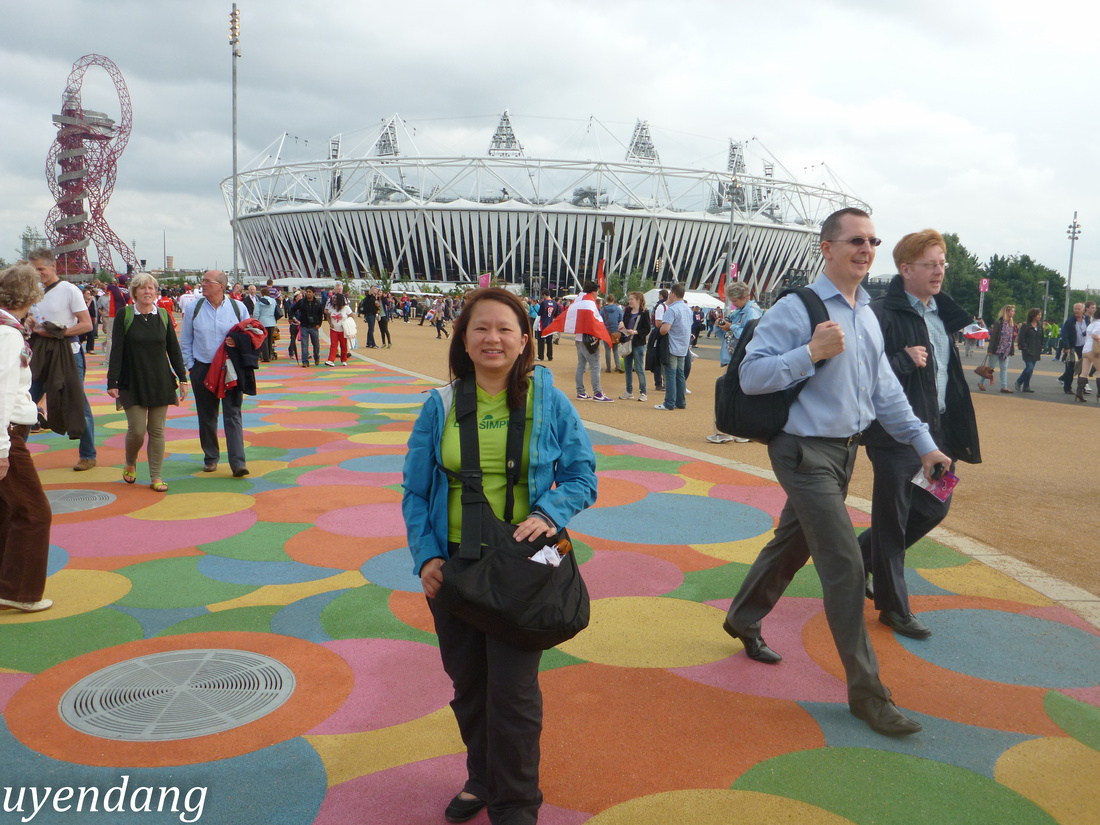 The women's hockey games were much more the type of game I would like to see with cheering, noise and action. At both events they had short videos that explain how the game is played for people like me who had no clue about the rules. And during breaks they had commentators to fill up the time and build enthusiasm. The second match was much more animated because it was the home team and the entire crowd in the stadium was cheering the women's team to victory. I loved that of the two games I watched it was the women's hockey games which had me more revved up, and as my last game it was nice to end on an upbeat one. 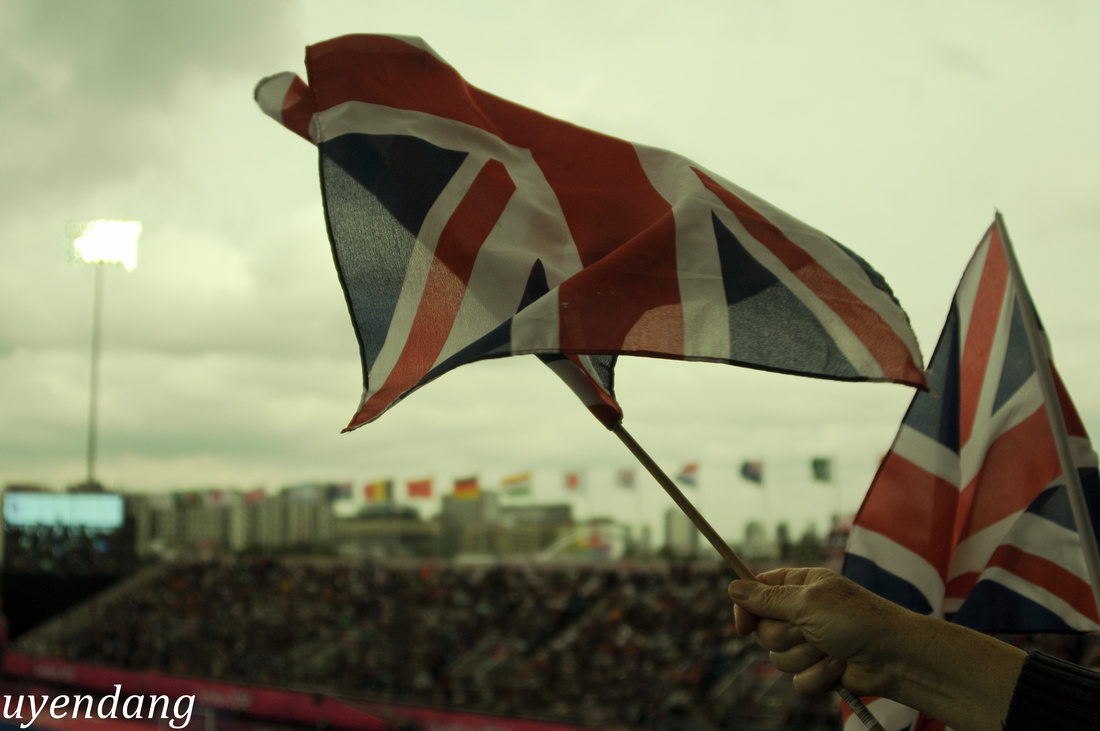 I was more challenged on this day to anticipate the action and movement of the ball. Here are both matches from the day. 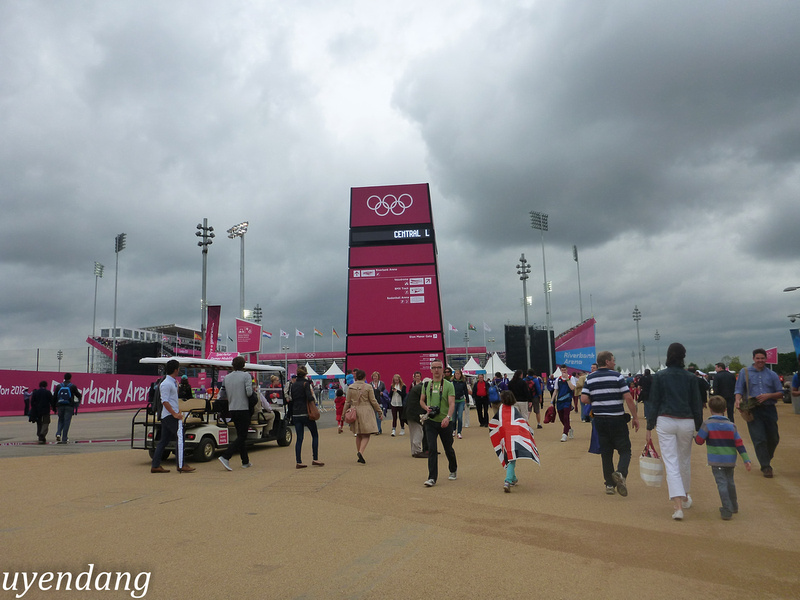