There is so much to see and do in London, that I did not even attempt to make a list before arriving to the city. What I loved about my time in London was that I didn't have any must see sights but a wish list of interesting spots. Usually one of my top concerns when I arrive in any city is the ability to travel safely around, and with the London tube and rail system it is daunting and overwhelming.  The London tube map is a spider web of underground, overground, rail and river boat system.  So after I had volunteered with the Kids Camp, or my games, I would head back towards Central London and simply pick a stop & figure out what I could see or do there. And the following are all the things I was able to see and do in my wonderings in London. 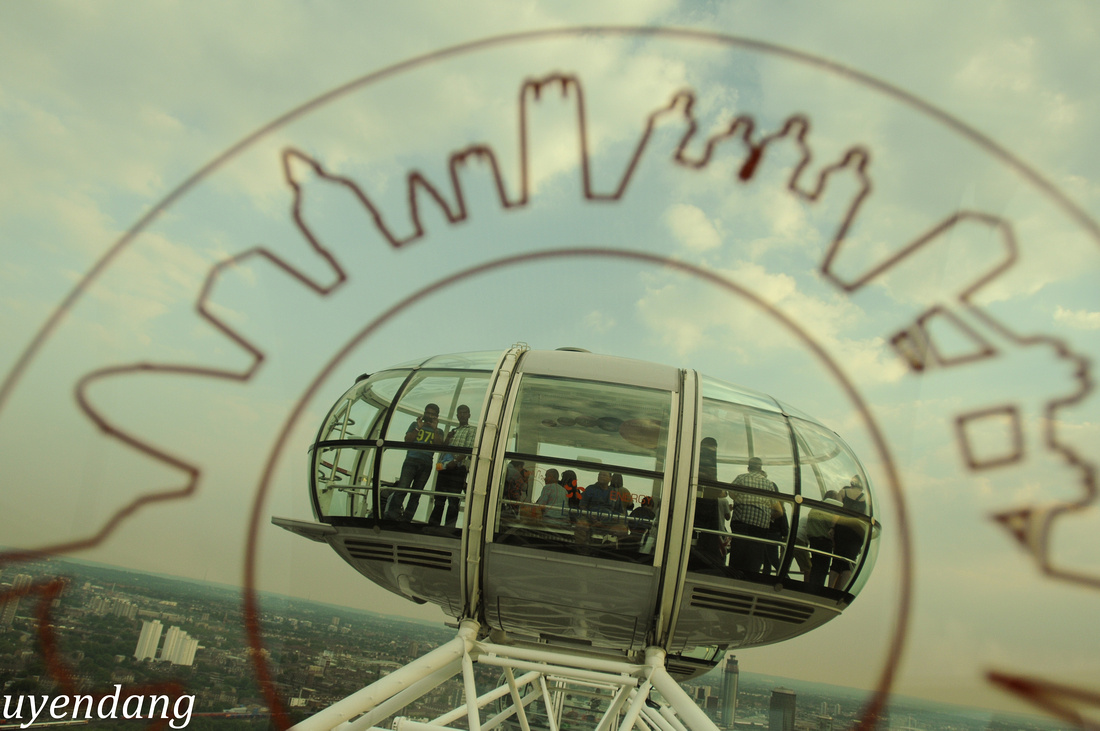 After picking up my Olympic tickets, my first tourist stop ended up being a ride on the London Eye.  Yes I had always thought of it as an oversized ferris wheel. But you must admit it has become an icon of the city skyline. And starting there gave me a spatial orientation of the city which helped me navigate my travels following days of touring. The ride was smooth and it is long enough to give you a chance to learn about where things are around the city. London Eye - check! 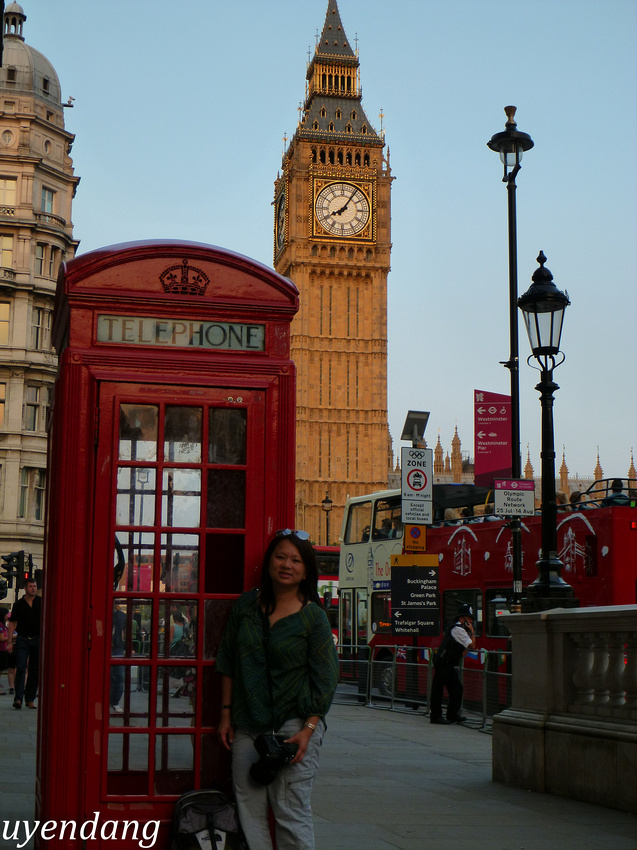 From there I was able to walk over to hear Big Ben ring on the hour, which was cool to hear it resound. And of course the iconic red telephone boot, ringing Dr. Who! Big Ben, Telephone Booth - check, check! 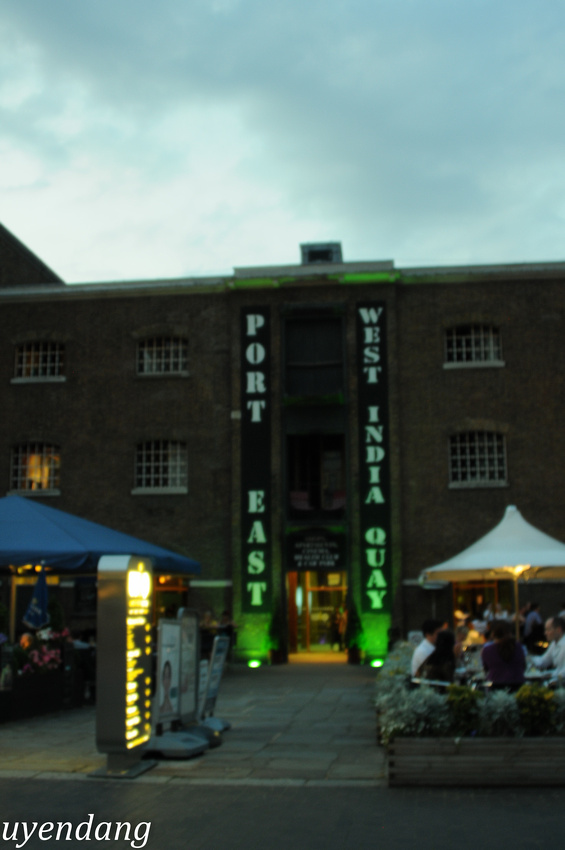 My first dinner outing was at West India Quay (pronounced Key as I learned in Australia). It has a great upbeat young professional vibe about it, and it had one of my favorite tapas restaurant, La Tasca. Usually I would prefer trying new things, but I had gotten pretty hungry by the time I reached that side of the city. Lovely paella, octopus, and potatoes. 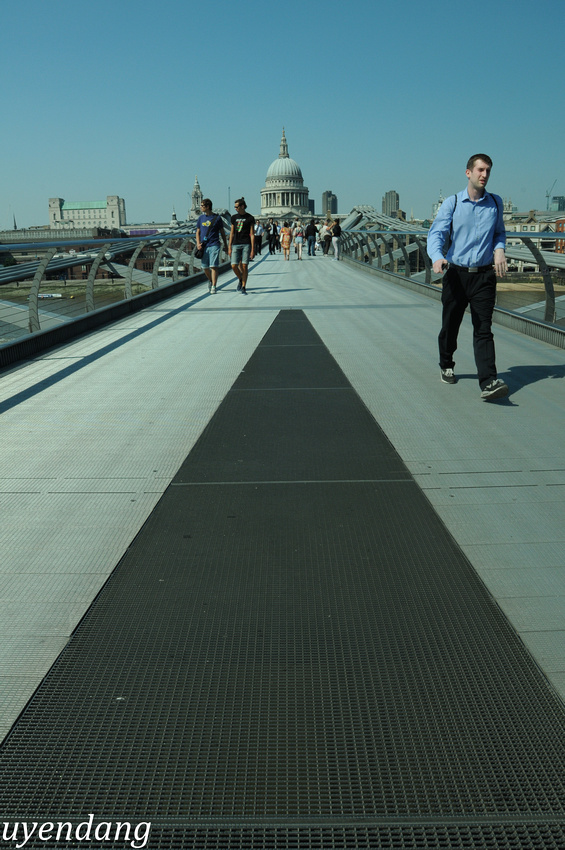 The second day I got a little more confident armed with my handy dandy little maps of the tube. My goal was to walk across the Millenium Bridge to the Tate Modern and check out the Globe Theater. I am always a little nervous when I exit a tube station especially if there are multiple exits. And this day I was able to find my way the bridge without a problem. And the engineer in me and photographer in me loved the design of the suspension bridge. I didn't get to experience the wobble but I think I got a decent photo of the bridge regardless of the crowds. Millenium Bridge - check! 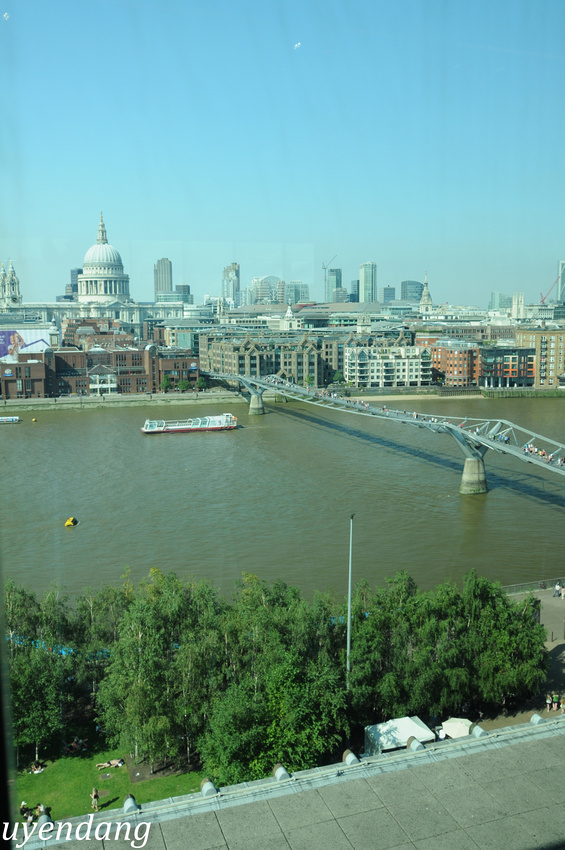 The Tate Modern is a converted power station, housing contemporary works of art. However, my favorite experience at the museum was the view from the top floor cafe that overlooked the Thames and bridge. Noticing a table full of ladies and guys having afternoon tea I was hoping for the same, but was disappointed when they had sold out. Nonetheless the view and relaxing table was just what I needed to refresh on the rest of my sightseeing. Tate Modern - check! 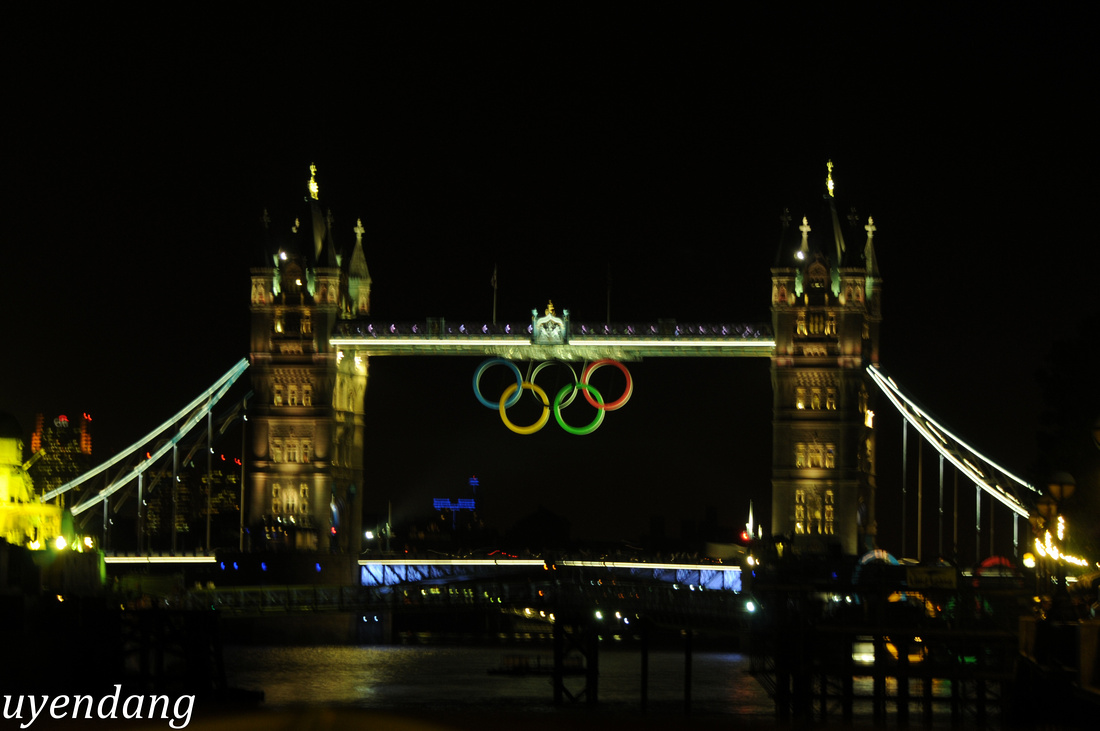 My next destination was the Shakespeare Globe Theater, which I had found out the museum was also closed when I arrived. However, noticing the posters for the performances, I had inquired if there were any tickets left for that night's performance. It was sold out but if I returned at 6 PM I can check if there were any returned tickets. So I was hopeful and this give me the extra bust of energy to go check out the Tower Bridge further down the river.  The image above was later that evening but it was pretty cool to see the Olympic rings on the Tower Bridge. Tower Bridge - check!

When I returned I scored a seat on the lower level with an excellent view of the stage to see the Taming of the Shrew! It was a beautiful evening for a play and especially a Shakespeare comedy in the Globe Theater. 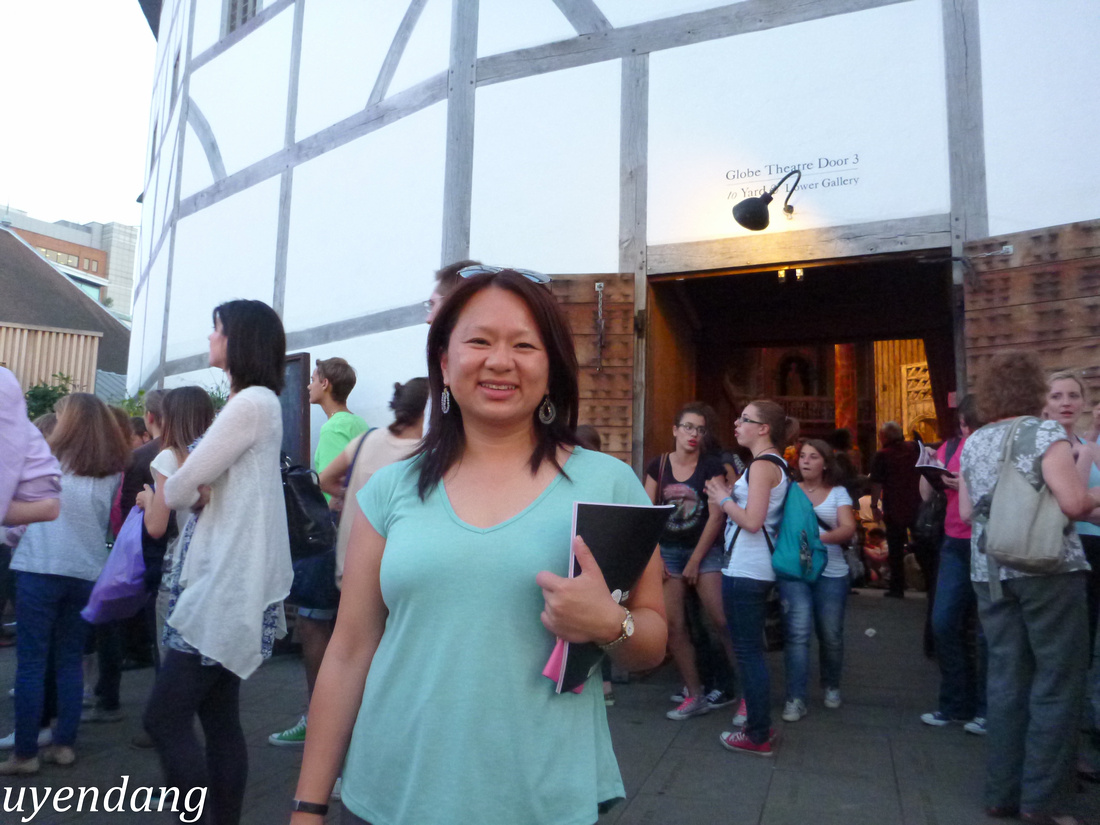 How fantastic, it was so great to see the actors interacting through the crowds or even the occasion loud planes flying overhead. Loved loved it.  Globe Theater & Performance at the Globe Theater - Mega-check!

After my first day at the games, I decided to take a river boat ride up to the Thames to the Embankment and ride it back. It was a gorgeous sunset for the evening and people were buzzing around the Jubilee park. I got to cross the Jubilee bridge to the Embankment before returning to Canary Wharf. The speedy clipper down the Thames was so much more relaxing than taking the tube and a hundred times less crowded. Riverboat ride along the Thames - check! 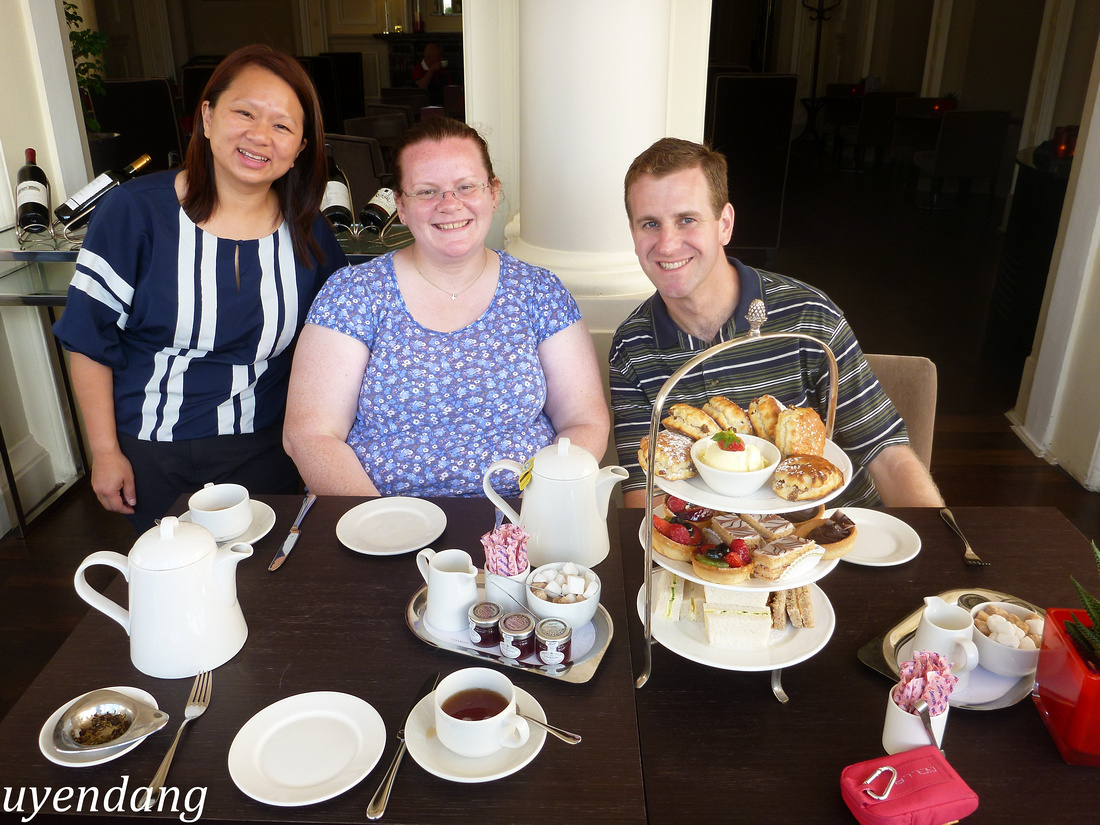 Sunday I had the honor to meet up with my good old friend Fiona and hang out with Steve, another one of the volunteers at Kids Camp from Mclean Bible. As independent as I am, I do love to have company of others and friends to share experiences. And I was so fortunate to have to the chance to meet up with Fiona and Steve for the day stopping at St. Paul's Cathedral and Trafalgar Square. My favorite part of the day was having afternoon tea at Charing Cross Hotel. So the disappointment of not having tea at the Tate was completely made up for by having a special time with friends. Because Fiona had to return early, Steve and I toured the city some more and ventured to Buckingham Palace to see the guards. Afternoon Tea - check, Buckingham Palace - check, Trafalgar Square - check, Westminster Abbey - check! 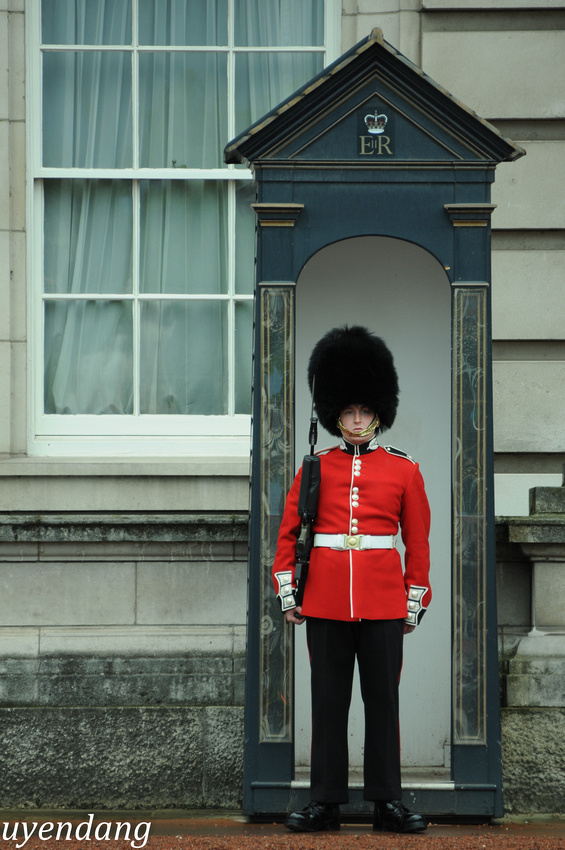 My host had mentioned on one of the evenings we chatted about the market at Greenwich, how she would love to one day open an Italian pastry shop there because local artisans sells their wares there. So on my free unplanned day, I went to Greenwich hoping to go see the Prime Meridian that delineates East from West. However due to the Equestrian events at Greenwich Park the Observatory was closed, but a kind guide pointed out a spot for me outside the gates of the park. Btw, I read later that day that Kate and William were watching the Cross Country event that - so I was within a mile or two radius of the royals! 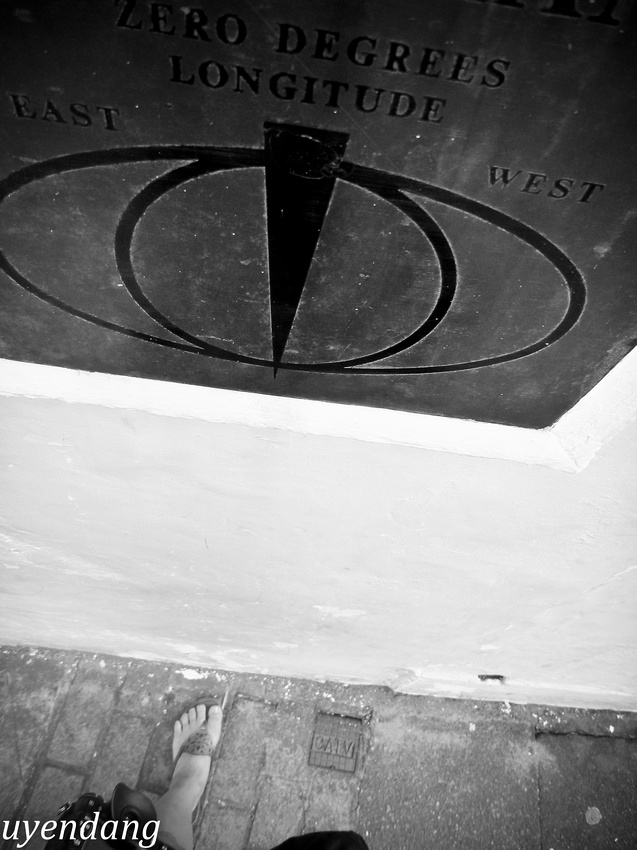 So I went on my little adventure to find the plaque, which I had passed and was puzzled that I could not find it. I was determined, but almost too prideful to ask for help. I finally was able to locate it once I had stopped into a pub, where an a kind gentlemen amusingly steered me to the modest plaque on the wall, next to the three Olympics stewards sitting under an umbrella wishing they could watch the games instead of shuing off passersby. I get my shot of one feet in the East and one in the West. Prime Meridian - check! 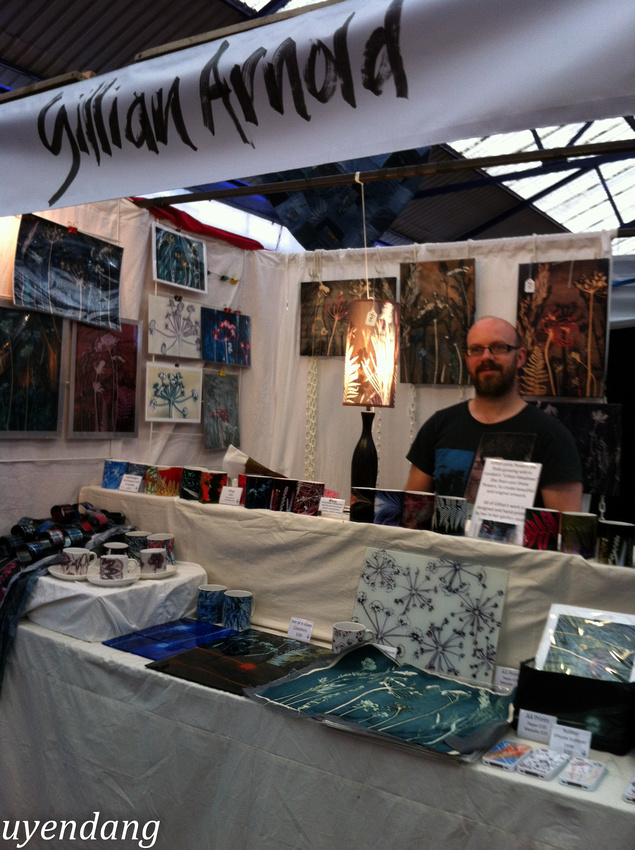 I love local artisan markets like the one in Greenwich it was a type of place that I can spend lots of money and time there. One booth that caught my eye was for an artist who took flowers from the wild and press them into fabric where she then painted and made prints from. Organic leaves and flowers always seem to attract my attention and I had to break down and purchase an original work. I love supporting struggling artists and their work, this one was manned by the husband of the artist. Shopping at a Local Market - check!

Being able to do any of these things were not by my plan or design.  I found whenever I decided had to surrender my steps to the Lord I was surprised where I ended up. He had unfolded each of those days to bless me with the amazing experiences.

Trust in the Lord with all your heart

And do not lean on your own understanding.

6 In all your ways acknowledge Him,

And He will make your paths straight.

Psalm 37:4
Delight yourself in the LORD; And He will give you the desires of your heart.